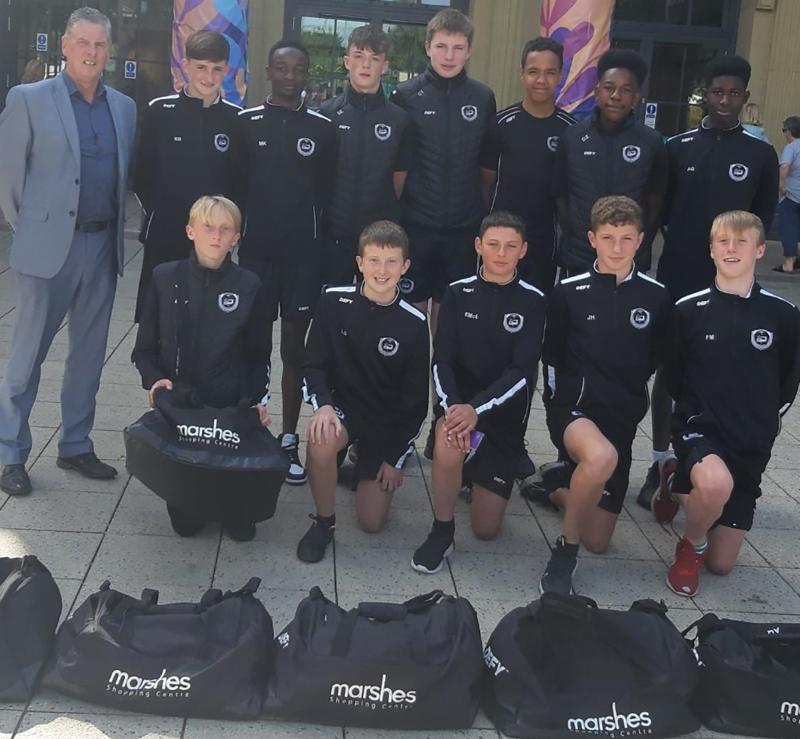 Marshes Shopping Centre has said it is delighted to sponsor kitbags for Dundalk schoolboys’ under-14 representative soccer squad.

The squad, which had a delayed coming together in April, due to a delay caused by the pandemic, performed admirably at the annual Schoolboys’ Football Association of Ireland Kennedy Cup tournament in Limerick in June, and the Galway Cup, one of Europe’s premier youth tournaments, in August.

The squad is drawn from a number of local clubs including Ardee Celtic, Ardee Utd, Bellurgan Utd, Glenmuir Utd, Quay Celtic and Shamrocks.