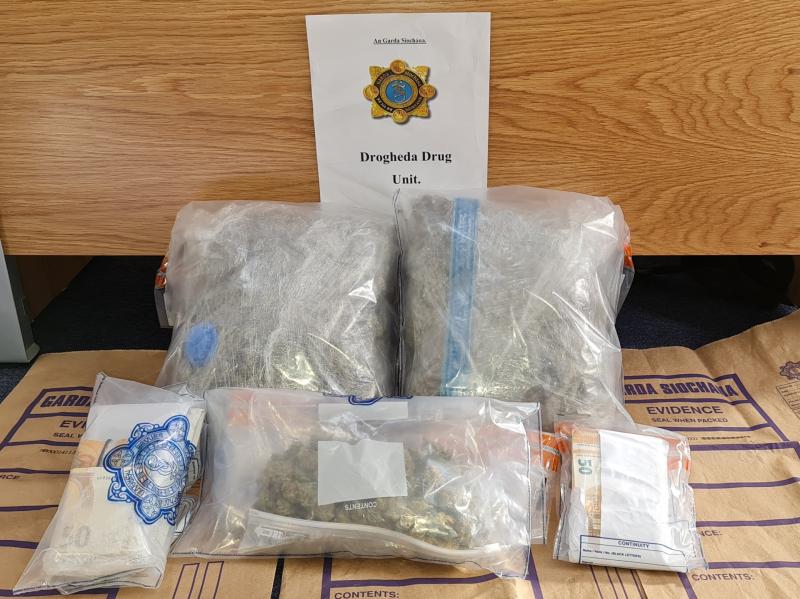 As part of Operation Tara and Operation Stratus, Gardaí have seized €40,000 worth of cannabis, €13,900 in cash and arrested one man following an operation in Greenhills, Drogheda, Co. Louth.

The arrested man was taken to Drogheda Garda station where he was detained under the provisions of Section 2 of the Criminal Justice (Drug Trafficking) Act 1996.

The arrested male has since been charged and is due to appear before Mullingar District Court at 11:00am this morning, Thursday 25th August 2022.