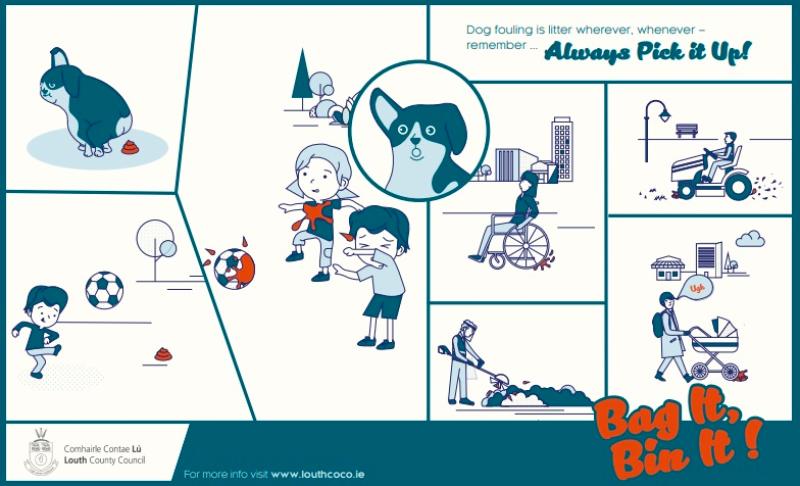 The campaign features the adorable “Scally” the dog in a series of videos which highlight the consequences of not picking up the poop. Whether under the cover of darkness, in a field or on the beach remember, “Your dog’s poop could end up anywhere! Always Pick it up!”

Speaking at the launch of the campaign, Cllr. Conor Keelan, Cathaoirleach LCC, said “Louth County Council continues to look for innovative ways to help combat the ongoing issue of dog fouling. We hope this campaign encourages dog owners to act responsibly and dispose of their dog’s waste properly.” 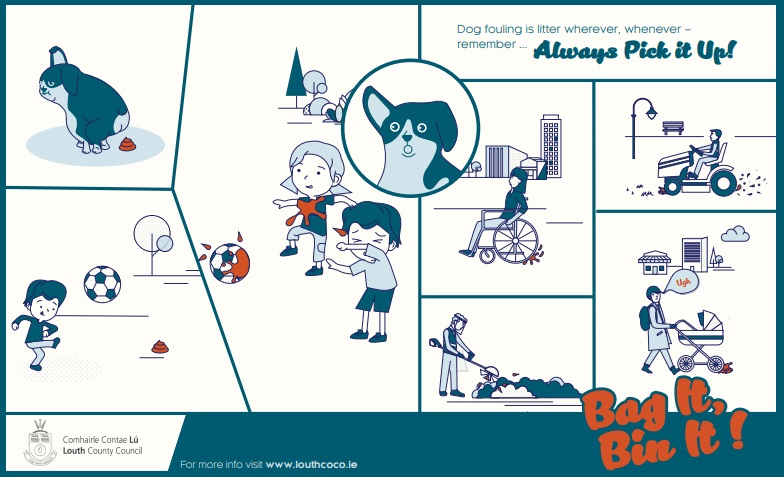