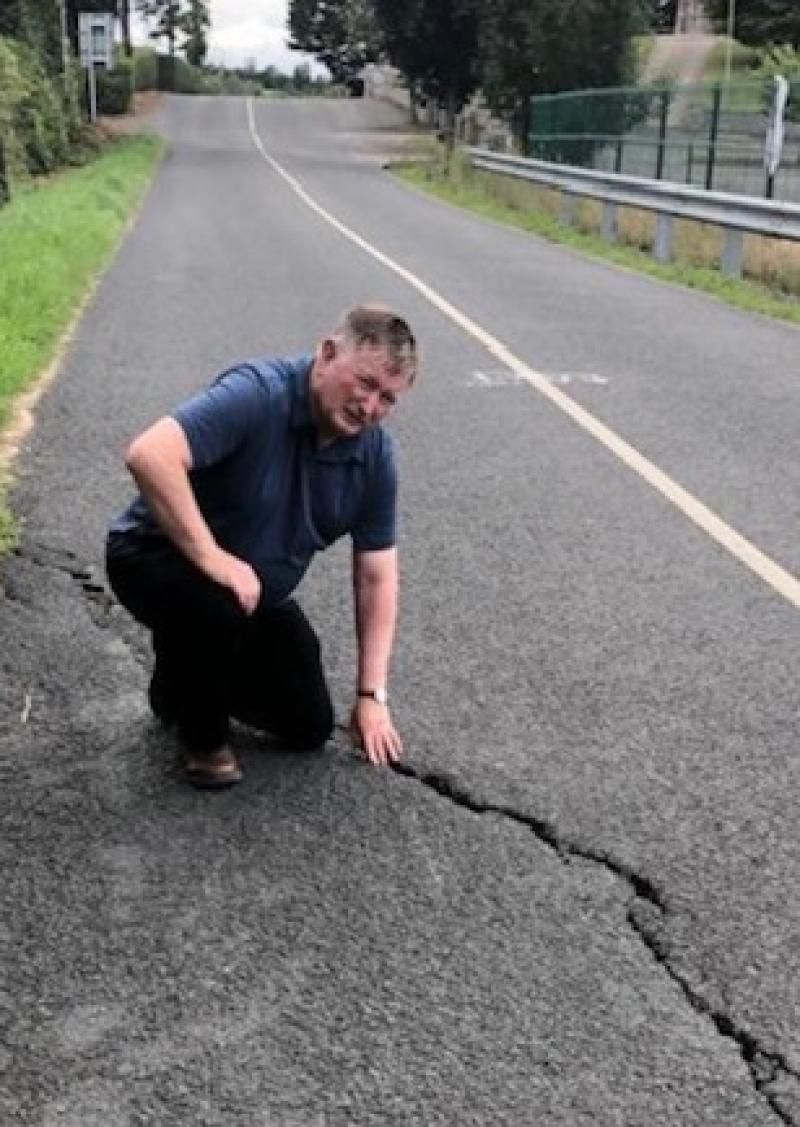 Mid Louth's Cllr Pearse McGeough says he has received a commitment from Louth County Council, that the road adjacent to the Killanny playground on the road to Carrickmacross will be repaired in the very near future.

The Sinn Féin councillor said in a statement to the Dundalk Democrat that “I raised this particular road with the Council back in January fearing subsidence and on a recent visit to the area I was shocked to see how rapid the deterioration has been.”

Cllr McGeough, who is from the Ardee Local Electoral Area, explained that “this is a road in a rural area with heavy farm vehicles using it among others and my fear is that a vehicle carrying a load could very well coup over.”

He continued, saying that “Louth County Council added this road to this year’s Road Works Programme so the issue is being addressed although we have no definite date when works will be completed but it should be sooner rather than later.” In the meantime, Cllr McGeough, has urged all road users in that area to be “mindful of the subsidence and to slow down and take extra care.”