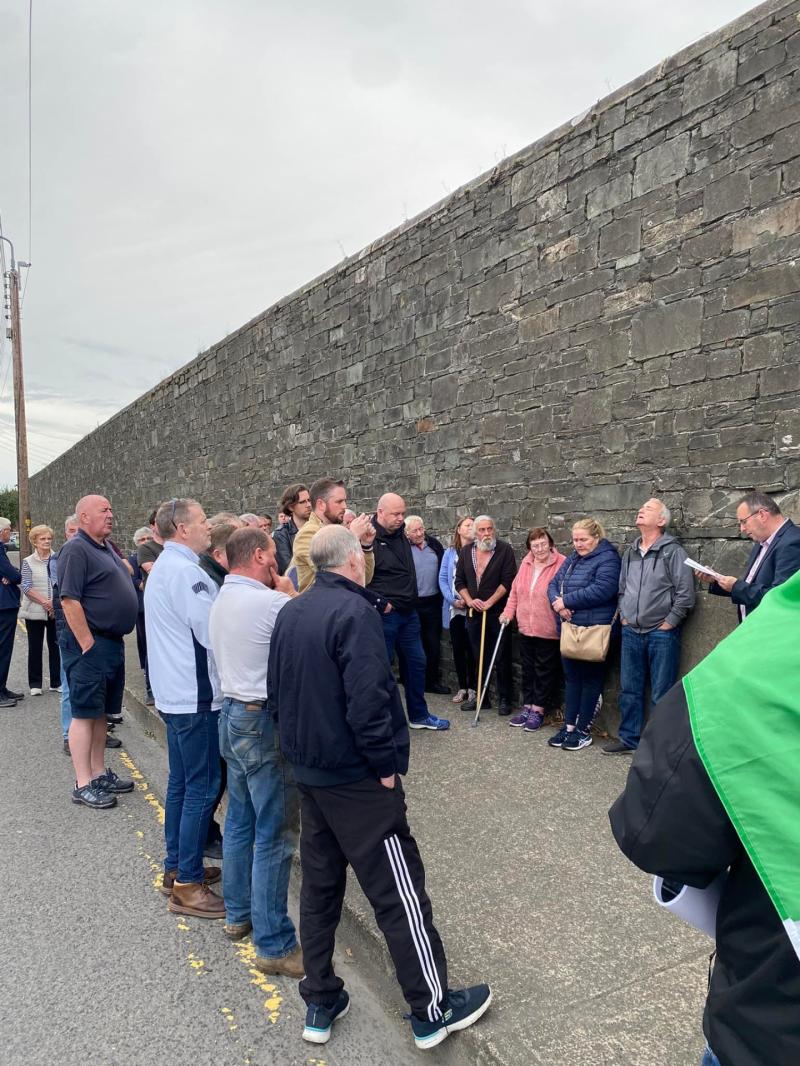 To mark the centenary of the famous Dundalk Jail breakout, Louth Sinn Féin, chaired by Cllr Edel Corrigan, held a vigil on the Ardee Road side of the Jail at 6.45pm on Wednesday 27th July.

Main speaker Councillor Kevin Meenan welcomed relatives of some of those who took part in the daring escape and described it as “momentous.”

“We had the biggest jail escape in Irish history right here in Dundalk by Republicans and talking to the relatives of those involved the story would certainly rival anything Netflix could come up with.”

Cllr Meenan referred to conversations he had with descendants, in particular who related how their family member had spent the night before the escape at Tipping Wood in Ravensdale unaware of the events that would be unfolding the next day.

“The following morning they were awoken by John McCoy who informed them that a jailbreak was about to take place.

“They were then moved to Angela McDonald’s farm which is now where Fitzpatrick’s restaurant is where they were fed and a priest was made available to them in the event they wish to make what could be a last confession.

“The reality probably sank in when Angela McDonald gave each of those present some holy water.

“They were then ordered to the Barrack Street/Quay Street area to ensure troops from the Barracks could not go to the aid of the prison authorities when the break occurred.

“Residents in Barrack Street were told to remain indoors with their doors locked to ensure that there would be no cover for troops who would normally have ducked in and out of doorways if under attack.”

Cllr Meenan then read extracts from a book compiled by Donal Hall for Louth County Council which relates the story of the events leading up to and including the event.

105 prisoners escaped through a hole in the wall of the Jail led by Frank Aitken. Over half of the escapees were from the 4th Northern Division while most of the remainder were from Meath and the Midlands.

“This is a decade of centenaries and Dundalk certainly played its part at that time. It is important that we remember these events and for the families of those involved to know how we appreciate that these events are what shaped our country today and the sacrifice of their families should not and will not be forgotten.”