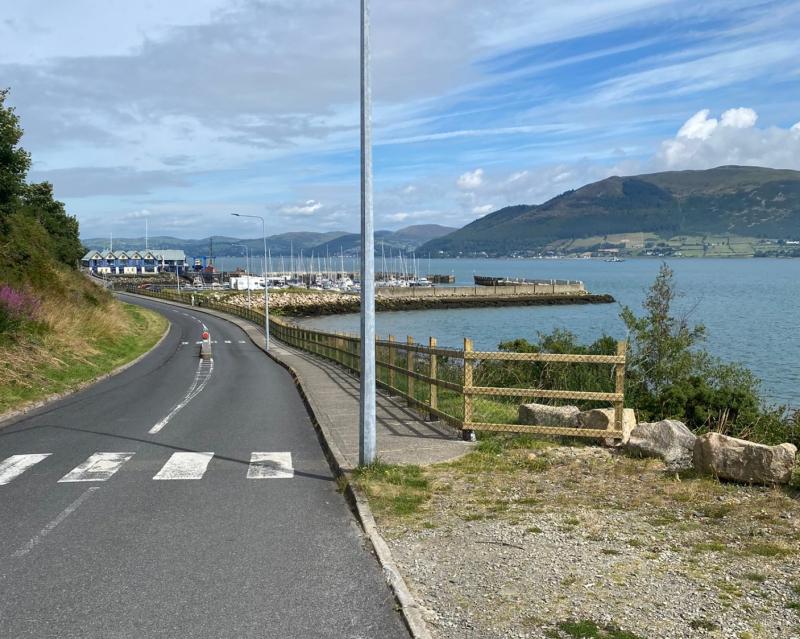 Louth Cllr Antóin Watters has welcomed new safety fencing at the Carlingford Greenway in north Louth, at a location where a child had a fall recently.

Cllr Watters had raised the issue at the Dundalk Municipal District July meeting, asking Louth County Council to look into putting up a barrier on parts of the Carlingford Greenway. The Dundalk Carlingford councillor told the meeting that he had been contacted by a woman regarding “a very bad fall” that her child had off the side of a footpath on the Carlingford Greenway, “into very dangerous stones” at the marina.

In response, Senior Executive Engineer, Martin McCreesh, told the meeting that the land was in private ownership and that Louth County Council have an arrangement with the owner, where they have a right of access. He added at the time that they were checking with the legal side of things to see what they could do.

Over the bank holiday weekend, Cllr Watters shared photos on social media of new fencing that has been installed at the marina. Cllr Watters welcomed the new fencing, commenting, "credit where it is due to the Carlingford Marina for addressing the serious safety issue along the Greenway. Recently a young girl was injured at this location.

He added, "The works were completed at a considerable cost and @louthcoco need to step up and honour agreements they have made and cover the costs. I will be contacting them again tomorrow to remind them!!!."