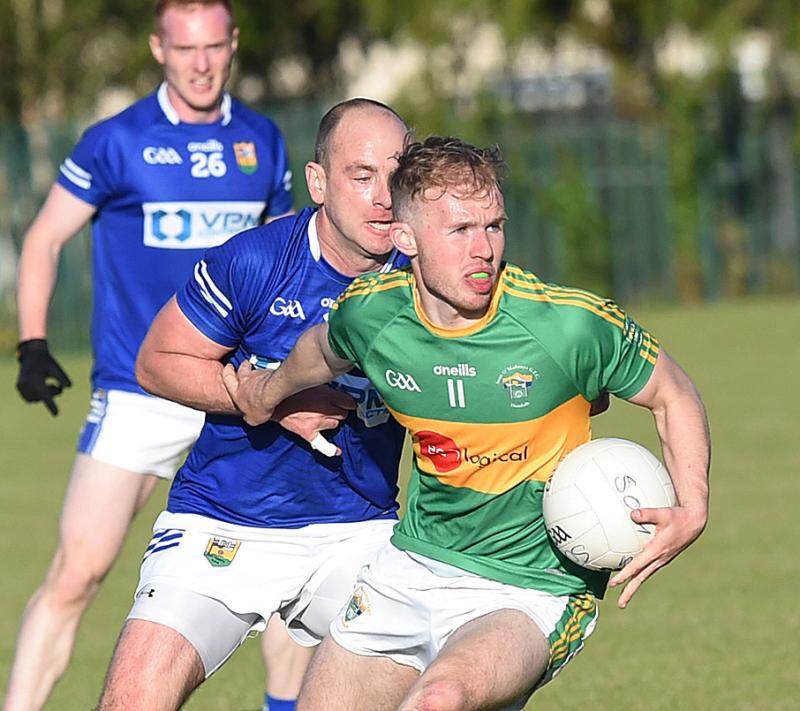 The Sean O'Mahony's Senior team had a fantastic win over St Fechins in Termonfeckin in warm conditions on Saturday evening on a scoreline of 0-7 to 3-10. The lads from the Quay got off to a flyer with the ever reliable Stephen Kilcoyne kicking the first four points of the game, three from from frees.

Kyle Carroll added a wonderful point from the left wing before the home side found their range with two points from play. Kilcoyne then weaved though the Fechins defence and buried the ball into the bottom right hand corner to give his side a six point lead and it was still only midway through the opening half.

The Fechins did tack on a solidarity free, but then Terry Kelly and Brian McGuirk landed two beauties between the posts, before Kilcoyne knocked over a close in free to leave the O'Mahony's ahead by eight points at the break, 1-8 to 0-3.

The Dundalk side were first out the blocks on the resumption, finding space in the full forward line, first for Terry Kelly and then Stephen Kilcoyne to race through one on one with the keeper. Both men rifled the ball into the net to kill the game off as a contest.

Thomas Rice landed a long range free and Stephen Kilcoyne kicked his 8th score in another productive outing for the clinical marksman. The Termonfeckin side kicked the last four points of the game but never looked like getting the goals they needed and the O'Mahony's lads travelled home very satisfied with a 12 point win.

Well done to our U15's who had a brilliant win over league leader's Baile Talun on the Point Road last week. Trailing by 1-7 to 1-3 on the changeover they had it all to do in the second half.

They took control of the game on the restart, keeping possession much better and kicking a further 3-4 points to leave a final scoreline of 4-7 to 2-8. That means a 3rd place finish in the league table for great group of players.

Two days later an understrenght Sean O'Mahony's U13's were well beaten by a very strong O'Connells/Stabannon side on the Point Road in the league semi-finals.

The Sean O'Mahony's 25th annual Golf Classic will be held tommorrow, once again in Greenore Golf Club. This event is one of our main fundraisers and it is really important that Club members and supporters try to make it as successful as possible.

The club are opening a Pop Up Shop on July 25th in the Longwalk Shopping Centre with funds raised going to our underage section. All donations of ornaments, giftsets, glassware, pictures, lamps, furniture, handbags etc would be greatly appreciated and can into dropped the Clubhouse during the week. Any queries ring Eamon on 0862679163.