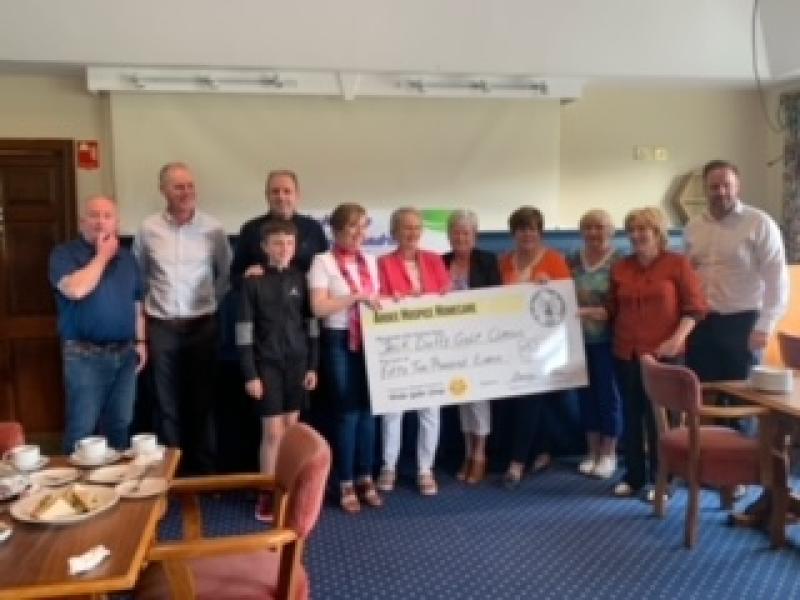 The Jack Duffy Golf Classic has raised €52,000 in aid of Ardee Hospital Homecare.

Over the years Jack organised a number of Golf Classics to raise funds for this local Hospice which was set up almost 30 years ago providing help and financial support to people and their families who are suffering from cancer and other terminal illnesses.

His family decided that as a fitting tribute to their Dads passing earlier this year there would be one more round of golf played in support of the hospice in his memory.

The family would like to thank sincerely all who helped to organise the event, to Ardee Golf Club for the use of their facilities on the day, to those who sponsored or contributed in any way and most importantly to those who took part in the event itself.

They say they are humbled and honoured that so many gave of their time and money to make the event an overwhelming success.