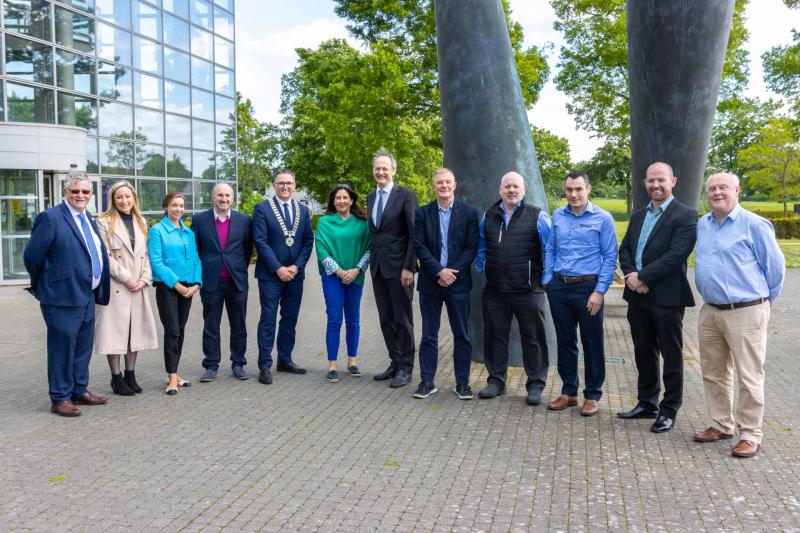 Dundalk Chamber has initiated a series of meetings with Drogheda and Newry Chambers. The meetings were also attended by representatives `of Louth and Meath LEO.

The meetings have been hosted by Dr. Michael Mulvey President DKIT and Paddy Malone as both Chair of DkIT and PRO of Dundalk Chamber

The aims of the meetings are to explore opportunities to collaborate.

The region, The M1 Corridor  was identified in the 2040 National Development Plan,NDP, 2040 as of equal status as the cities and therefore expected to be an economic hub in its own right that will sustain itself and grow.

The Chamber say that the M1 Corridor has a number of unique opportunities as it is midway between Dublin Belfast and the new C8 (The 8 Local Authorities in the region).

The challenge, they say, is to create an area independent of the two cities which can sustain both Foreign Direct Investment and domestic/indigenous business.

They say this can be achieved by businesses supporting each other and the  role of DkIT, LMETB  and the SRC in Newry  together with other stakeholders is of critical importance in upskilling and training. Dundalk Chamber has through Aidan Callan and Skillnets already been active.

Aidan Browne Head of the DkIT regional Development Centre has been successfully engaging with business.

According to them the area is also ideally placed to participate in the All-Island Government Initiative, either through collaboration on existing projects or identifying new opportunities.

They also say the tourist industry, with on the Southern side, the Boyne and the world Heritage site at Newgrange  and the Cooley Mourne Gullion panorama to the North, is ideally situated to further develop both domestic and international tourism markets.

The website  www.m1corridor.ie  which was created in response to the NDP  highlights that 2,300,000 live within an hour of Drogheda/Dundalk the largest concentration of people on the island.