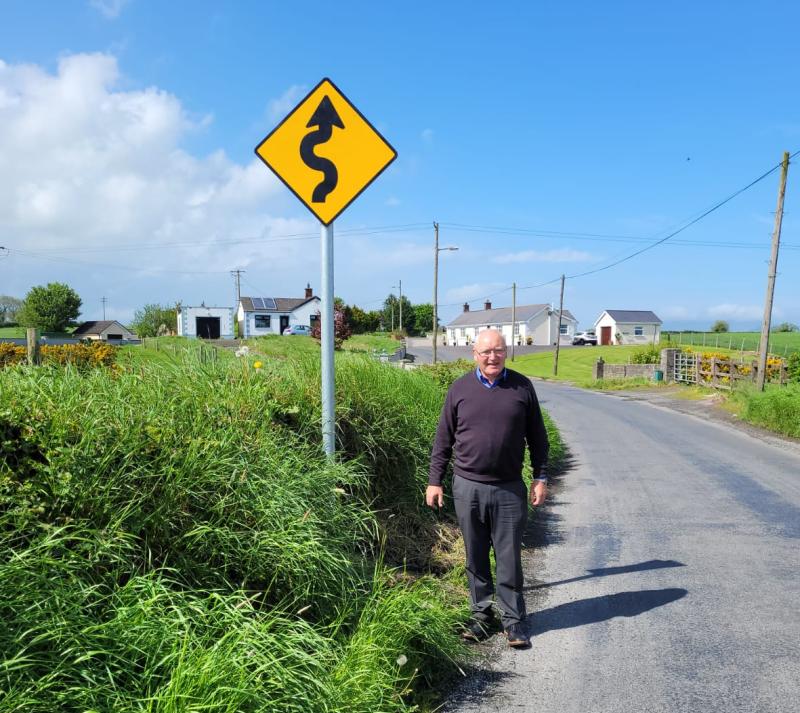 The Dundalk-Carlingford councillor, told members present at the meeting that the road was currently not fit for purpose. Cllr Reilly said that the road has a high volume of traffic, travelling to and from the school, church, community centre and local businesses in Kilkerley, as well as the local GAA club and a local grain store using the road. He added that there are several "pinch points" on the road where two vehicles are unable to meet.

The local Fine Gael councillor says that he has had dialogue with the landowners and they are all very willing to cooperate with Louth County Council in improving the road, and told the meeting that they have access to plant and machinery, and would be prepared to take away the hedgerows themselves, to help reduce costs. The lands would then in return, need to be fenced and the road could be widened he explained, adding that he thought that it was "a very very good proposal". He asked if Louth County Council would "meet them halfways", as "it would be a great asset for the local community".

Cllr Reilly says "it is a golden opportunity to sort this long running issue once and for all."

In response Senior Executive Engineer, Martin McCreesh, said that at this point there are no plans for realignment of the road and that there is no budget for this project. He added that when entering third party agreements, "a wee job can suddenly turn into a big job" and that there are a lot of road in Louth similar to the Tankardsrock Road.

Mr McCreesh told the meeting however, that they would send an engineer out to look at the road and review it and get back to him on it, but added that "at this moment in time, I have no budget for it". He assured Cllr Reilly however that they will review it and investigate further.