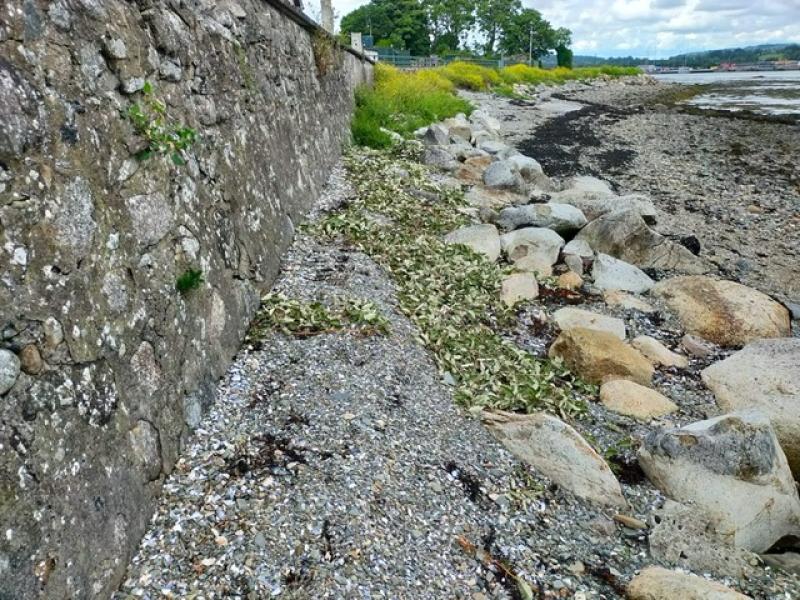 Just over €62,000 has been allocated to carry out flood mitigation works at Drummullagh in Omeath as part of the Office of Public Works’ (OPW) Minor Flood Mitigation Works and Coastal Protection Scheme.

Minister of State with responsibility for the Office of Public Works, Patrick O’Donovan, T.D. announced the approval of Louth County Council’s application today.

Under the scheme, the OPW has approved funding of €62,100 for the proposed works, which include strengthening of existing boundary wall foundations with mass concrete slab and installation of rock armour over a length of 35m at Drummullagh.

The news was welcomed by local Sinn Féin Councillor Antóin Watters who said:

“I am delighted the application has been successful and it is great news for Omeath.

“I have been working with the Council Infrastructure section and the homeowner to address this issue for a number of years now.

“The works are badly needed to protect the property and I look forward to them commencing.”

Cllr Watters also gave an update on two other such applications submitted by the council:

“There were three applications submitted including Omeath, Ballagan and Bellurgan.

“There were also several queries addressed relating to the Ballagan application. Both have now been resubmitted and we await a response from the OPW.”

“This is great news for the area but unfortunately there are still a number of other areas to be addressed and I will continue to work on these in conjunction with Louth County Council.”