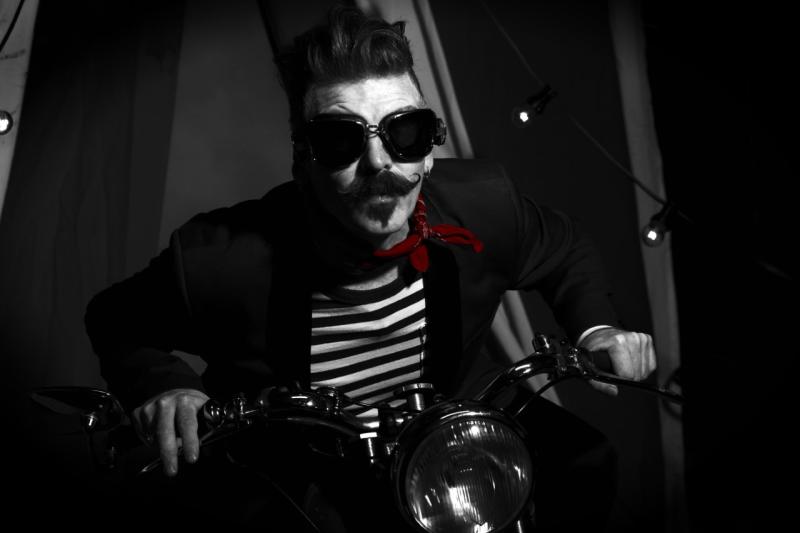 Returning to cause more mischief and mayhem, the indie legend and ringmaster of exceptional renown Jerry Fish will be bringing his enchanting 'Songs & Tall Tales of Jerry Fish' to the Oriel Centre, Dundalk Gaol on Saturday 12th November at 8.30pm.  As Jerry says himself  'Every show is a unique live theatrical experience that dissolves all boundaries between performer and audience.'

Jerry Fish is renowned as much for his showmanship as he is for his music. He's a carnival creator, circus ringmaster - complete with Vaudeville moustache - a playwright, singer, songwriter and poet.  He blasted onto the music scene in the 1990’s touring the globe as front-man of alternative rock outfit An Emotional Fish, the band who gave us the indie rock anthem “Celebrate” and continued on his musical adventures with Jerry Fish & The Mudbug Club and The Jerry Fish Electric Sideshow, producing hits such as True Friends and Be Yourself and collaborated with artists such as Imelda May and Carol Keogh. With two recent releases, both penned by the late Daniel Johnston; ‘The Story of An Artist’ and ‘True Love Will Find You in The End’ (feat. Wallis Bird)  and a new album in the pipeline things look to get busy for Jerry once again.

Expect to hear Jerry Fish performing his favourite songs, old and new. A highly charismatic performer who refuses to countenance audiences having anything but a good time, expected the unexpected when Jerry Fish makes his way to Dundalk Gaol and encounters a prison cell walkway and a staircase from his very own prison cell crying out for his attention!

The last time Jerry Fish performed in the Oriel Centre there was dancing in the aisles, people being whipped into a frenzy and even Dundalk Town football chants. One thing is for sure and that is that every single person will leave the venue in high spirits.

Coming to the Oriel Centre on 22nd October are Cork legends, The Frank and Walters. Their annual pilgrimage to the Oriel Centre has become a firm favourite with The Frank and Walters fans from all over the country with people even coming over from France and Germany over the last few years. So if you enjoy hearing the story behind a song and banter from the singer, then this show is not to be missed.