Bellurgan community turn out to protest against traffic speeds 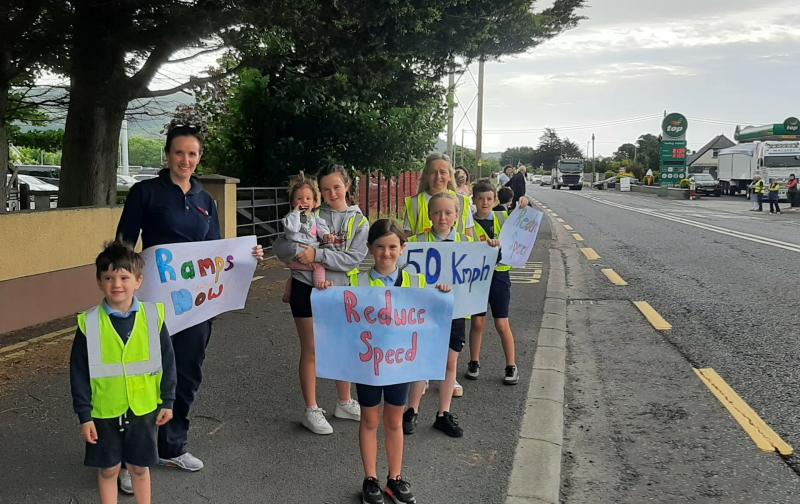 Bellurgan community turn out to protest against traffic speeds

"Kill your speed, not a child", was the plea from the large number of people from the Bellurgan community who turned out this morning, to hold a protest against the high speed of traffic and the lack of adequate traffic calming measures on the Dundalk to Carlingford R173 road which goes through the busy north Louth neighbourhood.

The concerned community, who feel they had no other option but to hold the protest to make their voices heard, fear that unless ramps or some sort of similar adequate traffic calming measures are installed, that a child might be killed on the busy stretch of road, which passes a playschool, primary school, football club and busy filling station.

People lined both sides of the busy road this morning, holding placards that bore messages including "Kill your speed, not a child", "support our safety", "speed ramps now", "reduce speed", as well as 50kph speed limit signs, the speed limit they wish to see implemented on the stretch of road.

The protest was supported by several local political representatives, including Ruairí Ó Murchú TD; Cllr Antóin Watters, who has been working with the local community on the matter and organised a presentation from concerned residents to the Dundalk Municipal District May meeting; as well as Cllr Andrea McKevitt and Cllr John Reilly.

Taking place between 8.30 and 9am this morning, a time when parents might normally be taking their children to school, the heavy volume of traffic which included cars, motorbikes and lorries of all sizes, highlighted the need for safety.

The Dundalk Democrat spoke to members of one family, parents Brian and Joanne Rice, with little Emily and Rachel (below), who said that they lived just a few hundred meters up the road but due to the speed of passing traffic, they did not feel it was safe to walk their children to school and drove them instead. 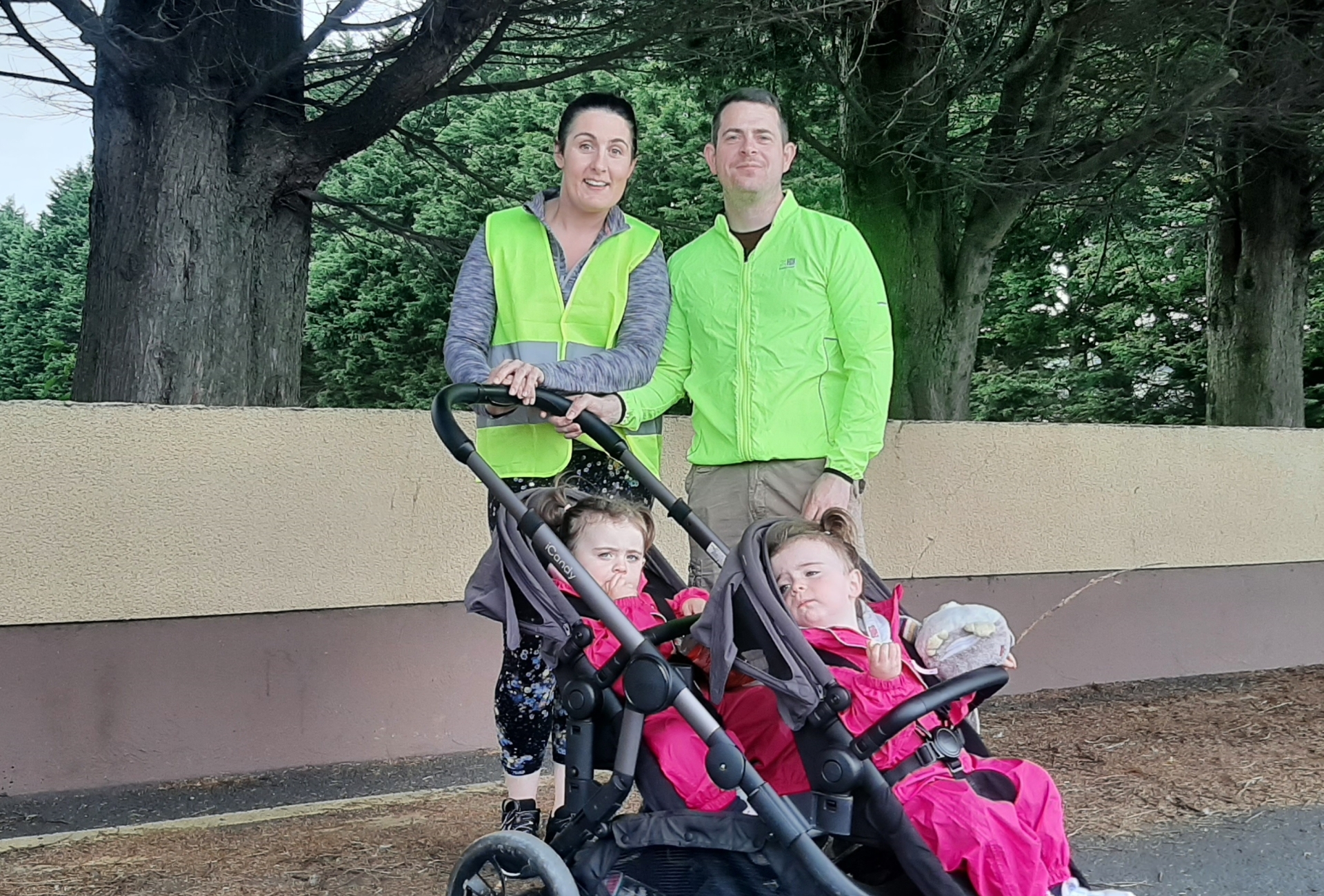 Austin Traynor from Bellurgan FC, told the Dundalk Democrat that speed ramps are what is needed. "You may have signs and everything else", he commented, "but the reality is, people don't always pay attention to them". He added that there are speed ramps further out the road in Lordship and "they work well there, it won't impede anyone's journey, but it can certainly make it safer for the people here in the locality".

Cllr Antóin Watters told the Democrat that he was delighted to see the big turnout but added that "unfortunately, this is only the start of a series of these protests that we have to do because this is an important issue for the whole Bellurgan area and the whole Cooley peninsula and it's not going away. So we need to keep going here because we don't want to be reacting to a tragedy, we need to try and be proactive to get the traffic calming measures in place, because the people of Bellurgan deserve it as much as much as all the other schools around the area which have the traffic calming measures"

See next Tuesday's Dundalk Democrat as well as online, for full coverage including photos and local and political commentary of this morning's protest.