Dundalk misses out on Clean status in IBAL survey

Town placed 27th out of 40 towns and cities 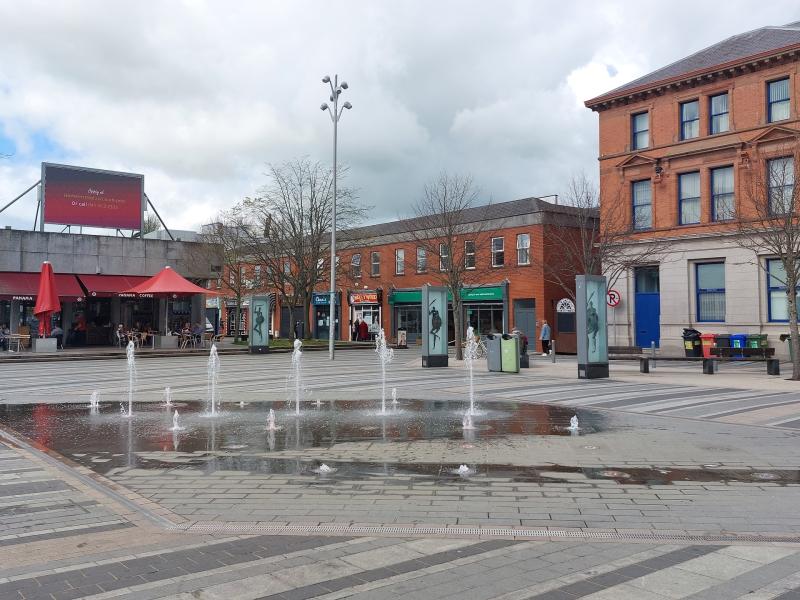 Dundalk has seen some improvement in the levels of littering in the town but has just missed out on achieving a Clean status in the latest Irish Business Against Litter (IBAL) litter survey.

An Taisce, who carry out the surveys on behalf of IBAL, deemed Dundalk “Moderately Littered”, placing it 27th out of 40 town and cities surveyed. In its appraisal of Dundalk, the IBAL report said that the town has seen “some improvement” but “not enough to give it Clean status.”

Among areas highlighted in the report, the Market Square in Dundalk was judged “very much deserving of the top litter grade – the street-scape was excellent and the whole area was very well presented and maintained.” The Square was given an A grade in the report and was described as “an attractively presented town centre environment with lovely paving throughout.
“Wooden seating, ornamental trees, litter bins, ‘green’ recycle bins, signage, colourful planter boxes and and planted areas were all in very good condition – it was excellent with regard to litter.”

Two other areas in Dundalk achieved a Grade A status - the R178 Carrickmacross Approach Road and the N53 Castleblayney Approach Road. For the R178, the survey said that the “overall impression with regard to litter was a good one. There is a recessed area to a field with minor litter items.” With regards to the Castleblayney Road, it said that the “road surface, markings and signage created a fresh impression along this tree-lined route. There was a virtual absence of litter throughout.”

The report mentioned a number of areas in the town that have seen a marked improvement on previous reports.
Clanbrassil St received a Grade B+ in the survey. The report said that the “street paving presented well, and an outdoor seating area had been adorned with colourful flower arrangements. “Street bins were freshly presented with clear dog signage.” It added that “not much effort is required for Clanbrassil Street to get the top litter grade.”

Wrightson’s Lane which also received a Grade B+ was described as a “significantly improved site with just minor litter items this time around – dog fouling was most obvious with lower levels of alcohol bottles, mineral cans and sweet wrappers – some of it was trapped in the drains. It added that “graffiti was very much a feature along this laneway.”

Two areas in Dundalk where there was “a notable litter presence” however, were the Cost Cutter Car Park and the wasteground on the corner of Maxwell’s Row and St. Nicholas Avenue, with both receiving a Grade C. The report said that “both had ‘long-lie’ items, indicating a lack of thorough cleaning for quite some time.” The Tesco Recycle Facility in Dundalk received a Grade C+ and while it was described as appearing as being “in good order”, it “had a myriad of ‘stuffed’ items to the rear”. It added that “a more thorough approach to cleaning is required to address this.”