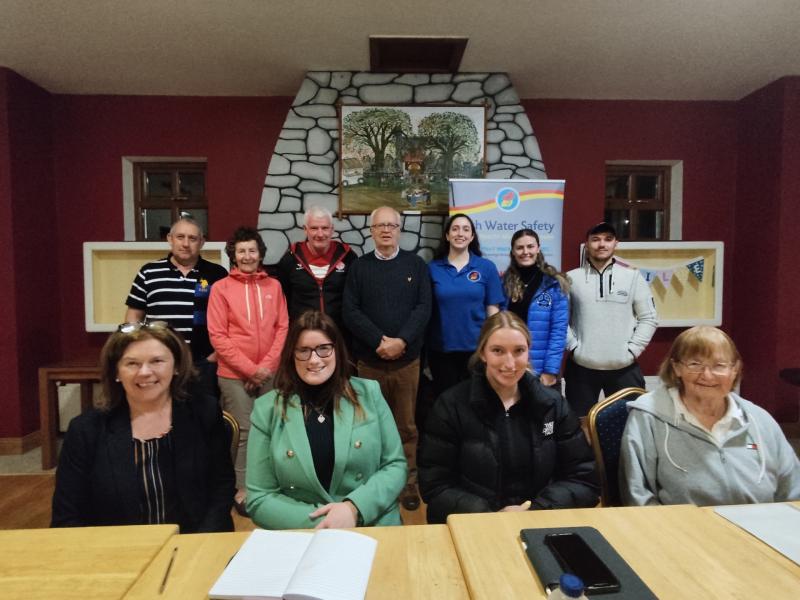 Cllr Andrea McKevitt has been appointed Chairperson for the incoming year for Water Safety Ireland - Louth at the AGM held by the organisation last week in Dunleer, alongside her sister, Ciara McKevitt, who takes up the role as secretary; Frances O’Regan, the new Treasurer; and Majella Donnelly, the vice-chair.

At the AGM, Cllr McKevitt, thanked those present for their support in electing her to this position and wanted to pay tribute to the outgoing committee who she said had done tremendous work in the most challenging times, who kept the show on the road, with online committee meetings, running summer weeks where possible, and getting the message of the organisation out there.

Cllr McKevitt said that "2020 and 2021 have seen a large number of drownings on our island, as many people stayed at home and used our local lakes, beaches and streams to cool off in during the hot weather we experienced, and unfortunately this had a tragic ending for some. I believe now more than ever Water Safety Louth has a huge role to play in society, and we must educate and train children and adults alike about the dangers associated with the water and teach them life skills as how to protect themselves and others."

She added, "We in County Louth are so lucky to have three blue flag beaches; Clogherhead, Port and Templetown, which will be manned by Lifeguards throughout the Summer, and we would urge people to go to these beaches there will be a Life Guard present.’’

Water Safety Louth will also be running their ever-popular Gyles Quay Summer Week from the 16-22 July, which is promised to be a fun-filled week, where life skills will be taught. Registration will take place on 15 July at Gyles Quay from 5.30pm – 7pm For any queries regarding this year's Summer Week, please contact 083 3116034.