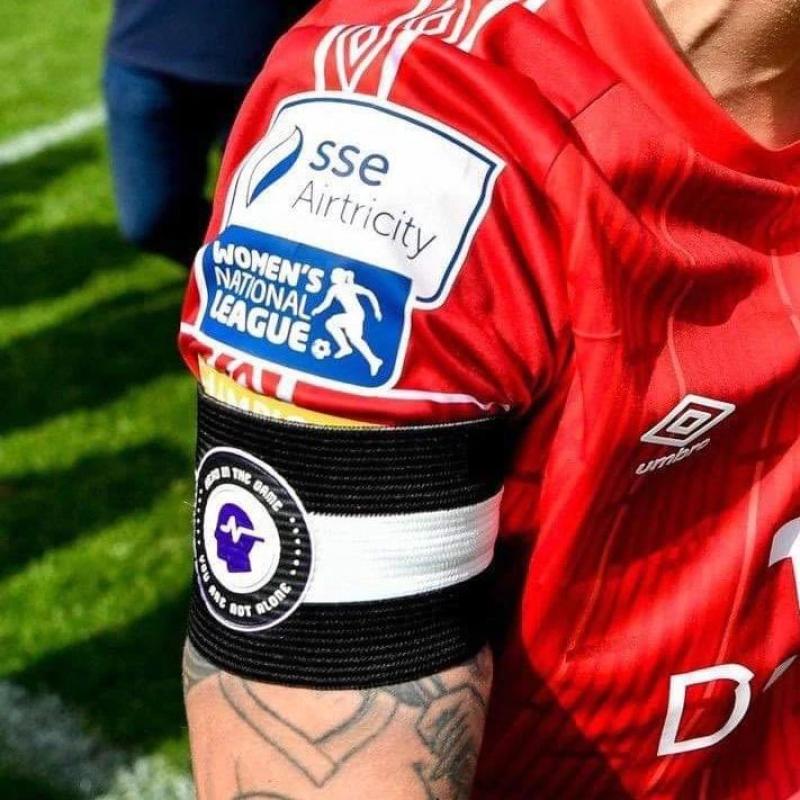 Irishify have teamed up with the Head in the Game initiative to become official distributors of their limited edition captain's armbands, as part of May's Mental Health Awareness Month.

The armbands will be worn by all professional teams in the League of Ireland throughout the month, to help break the stigma around mental health in football.

The now annual armband campaign was launched at the recent Louth Derby between Dundalk FC and Drogheda United, further cementing the mental health foundation's burgeoning links with the League of Ireland and domestic football.

"I've watched in awe at the growth of Head in the Game - from conversations among a group of Dundalk fans to national, high-profile campaigns such as this," said Paddy Casey, Irishify co-founder.

"We're delighted to get behind such a great cause and a sincere bunch of mental health advocates. As such, we at Irishify were honoured to become official distributor for the Captain's Armbands."

"We’d like to thank Irishify for selling the captain's armbands on their website," said Head in the Game Chairperson Dean Arrowsmith.

"The initiative was established to begin a conversation around mental health in football and now the ability to purchase and have the armbands delivered nationally and internationally can help drive this important topic.

"We’re very grateful of the support of Paddy and the Irishify team."

The Captain's Armbands are exclusively available from Irishify.com for €10.

Plans progress for maturation warehouses on large site in Dunleer