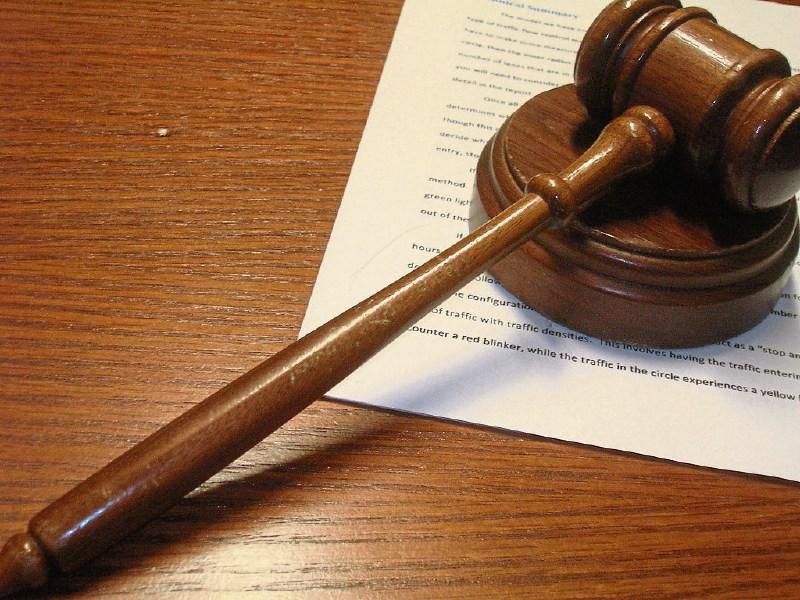 A Protestant factory worker who claimed that he was harassed on sectarian grounds due to the playing of anti-British songs at a factory in Dundalk has had his claim rejected by the Workplace Relations Commission.

Glen Weir had made a harassment complaint under Section 77 of the Employment Equality Act against his former employer, Anord Mardix (Ireland) Ltd Dundalk, alleging religious discrimination.

Arnord Mardix represented by Ms. Maeve Griffin rejected the discrimination complaints and stated that Mr. Weir had an agenda and was never going to accept the outcome of the internal appeals process.

According to the summary on the WRC website Mr. Weir alleged that:

“On 1 July 2020 he was working in the assembly area and music was being played that was controlled by one or two female operatives. He describes the music as anti-British songs; one which contained the lyrics “go home you British bastards”.

“He says this song was played 2 or 3 times. The music lasted for about 2 hours. The complainant is a protestant living in Northern Ireland and he says the music made him feel uncomfortable.

“Whilst the music was being played a co-worker stopped by his desk and shouted “up the RA”, which he found particularly threatening. He was very upset by the music and the comment.

“As far as he was aware he was the only British Protestant working in this location. The complainant was unable to return to work because of the incident and feels intimidated out of his work.”

“He reported the incident on 3 July 2020 to HR and it was suggested the person playing the music did not understand the significance of the music.

“He made a formal complaint and on 5 September had a telephone interview with an HT manager in the UK and the Production Manager. He was told they had not found out who played the music.

“He was informed of the outcome of the investigation on 20 August and told that no more personal music would be played on the factory floor. He was also given an apology from the person who played the music; it was a one line apology and did not have his name on it.

“He appealed the outcome of the investigation and on 14 September 2020 had a telephone interview with the Head of HR for the region and the Chief Operations Officer.

"He was advised that nothing more could be done. Excuses were made that the person playing the music was young and no malice was intended. He was then asked if it was a personal issue against the person who played the music.

“He was then asked if it was a personal issue against the person who played the music.

“On 19 October 2020 he was set to return to work but he was nervous about returning and he sent the Regional Hear of HR an email saying he could not work for the IRA.

“He went into work but was sent to HR and was issued with a letter suspending him. He had a disciplinary hearing on 30 October 2020 and was dismissed on 4 November 2020.

Ms. Maeve Griffin on behalf of the Anord Martdix submitted that”

“A mediation meeting took place on 15 July 2020 to discuss all the workplace grievances raised by the complainant. The complainant was informed of the steps taken in relation to the inappropriate music.

“At the end of the mediation the complainant confirmed he was happy to move on from these issues. He requested two weeks leave to “sort his head out” and it was agreed he would return to work on 6 August 2020.

“The complainant raised an issue about pay for the period from 3 July. The respondent confirmed he would receive sick pay for one week, from 3-10 July. He was not happy with this and said he had been “punished and had suffered a loss of earnings” due to both the “treatment of management and the sectarian abuse”.

”On 29 July the complainant invoked the formal complaints procedure alleging that his complaint regarding “sectarian and anti-British music being played on the factory floor was not handled in a satisfactory manner.”

“When Mr. Weir was asked about returning to work and he stated that “well it depends what the next outcome is. I’ve already been speaking to a solicitor and I know there is definitely a case there so if I’m not happy with the outcome I will go ahead with legal action …. That isn’t a threat, I’m just letting you know what I have been doing in my spare time and that is one road I can go down if I don’t get a satisfactory outcome and so far its not going to be on your behalf.”

The grievance investigation was told that the song came on as part of a “random playlist” by the employee in question, who also wrote an apology.

On 27 August Mr Weir appealed the outcome, stating his displeasure with how his claim was dealt with and that he had had to use his annual leave to cover his absence from work. He made his referral to the WRC on the following day.

“It was apparent the complainant had an agenda and was never going to accept the outcome of the appeal.”

The subsequent appeal concluded that the complainant’s annual leave would be reinstated, the apology from the employee who played the music was appropriate and further training would be provided to all managers and employees and that the grievance was handled appropriately by way of mediation and then by a formal grievance investigation.

It was also agreed that further training would be provided to the HR team in relation to complaints of anti-sectarian abuse.

“Following this the complainant sent a series of aggressive, intimidating and threatening emails to the respondent. Following a thorough investigation, disciplinary and appeals process the complainant was dismissed by reason of gross misconduct on 4 November 2020.

“The respondent submits they took reasonably practicable steps to prevent the harassment and, if and so far as any such treatment has occurred, to reverse the effects of it and relies of the defence provided by section 14A(2) of the Employment Equality Acts.”

Making a ruling this morning, adjudicating officer for the WRC Hugh Lonsdale, said he was satisfied that Anord Martdix had taken reasonable steps to stop the event occurring again as mandated under the Employment Equality Act and that the alleged incident was a one off “non-recurring” act," while also stating that the necessary investigations had been carried out in the appropriate manner.

“For the reasons given above I find that the complainant was not harassed on the grounds of religion within the meaning of the Employment Equality Acts.”