Trip Through Time: Where in Dundalk were the 'Sunburst Mills'? 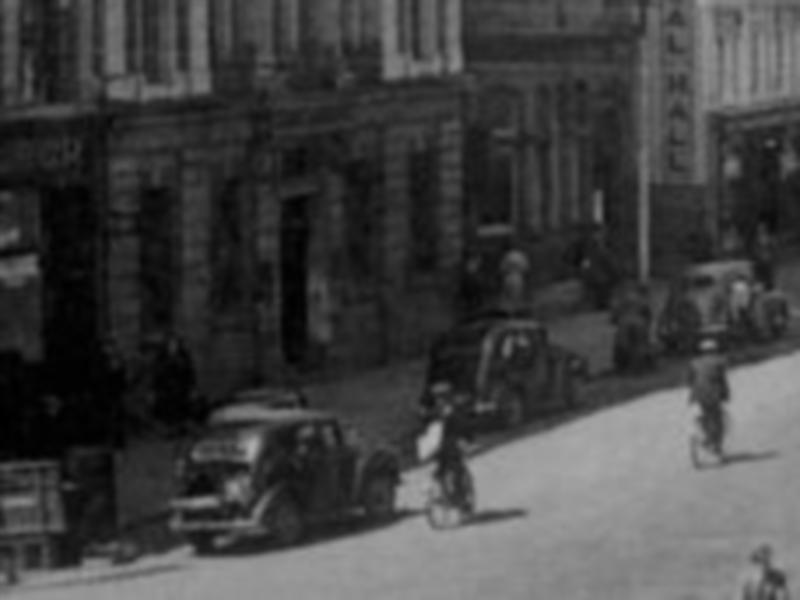 Who was the last British Monarch to visit Dundalk?

In 1903/4 King Edward VII visited several Irish cites as part of his post coronation celebrations over a period of two years. In July 1903 his royal yacht had sailed into Lough Swilly, Co. Donegal. The King disembarked at the small port of Buncrana before travelling to Dublin by train. He may have come through Dundalk but did not stop. In late April 1904 he returned to Ireland when the yacht sailed into Dunlaoghaire (then Kingstown) Harbour and one of his first journeys by train was through Dundalk. On this occasion the royal train stopped at Dundalk Station and local dignitaries were invited to welcome the King. The Dundalk Democrat, however, was rather 'unwelcoming' and there was not much reported in the newspaper about the visit. It is not clear whether or not the King alighted from the train but it does seem to have been stopped here for about an hour.

Which Dundalk street was known as 'Chapel Lane' until about 100 years ago?
This was the the name by which Chapel Street was known for over 100 years. Several streets in the area called by this name, the first being the one we now know as Yorke Street which was re-named by the Dundalk Urban Council about the beginning of the last century in honour of the first Superior of the Irish Christian Brothers. Wrightson's Lane was also marked as 'Chapel Lane' on some old maps, apparently because of the first Catholic Chapel, was established after the Reformation at the Chapel Street end, on a plot donated by a rich merchant called Wrightson in about 1750.

Where was 'Shop Street' in medieval Dundalk?
This was the area in front of St. Nicholas 'Green Church' which, roughly, was on the line of the present Church Street. It was an area within the original walled town where fairs and markets were held between the 'Town Cross' and 'Cam Street' (meaning 'Crooked') which ran from west to east, across the middle.

Where in Dundalk were the 'Sunburst Mills'?
This was the large mill and grain store at the Quay Street end of Mill Street which was demolished at the end of the last century. It was established in the 19th century by Stephen Brown, coal merchant and miller. The business was purchased by the O'Rourke family of Inniskeen at the beginning of the last century and they named it after one of their products. Originally it had been powered by furnaces vented by two large brick chimneys, local landmarks. One chimney was demolished and the other reduced in height. The premises were gutted by at least two spectacular fire in the 1940s.

When was Earl Street in Dundalk pedestrianised?

What does the bronze monument at the Square end of Earl Street commemorate?

Who was 'Louthiana' and how is he remember in Dundalk?

Where and when was the first supermarket opened in Dundalk?