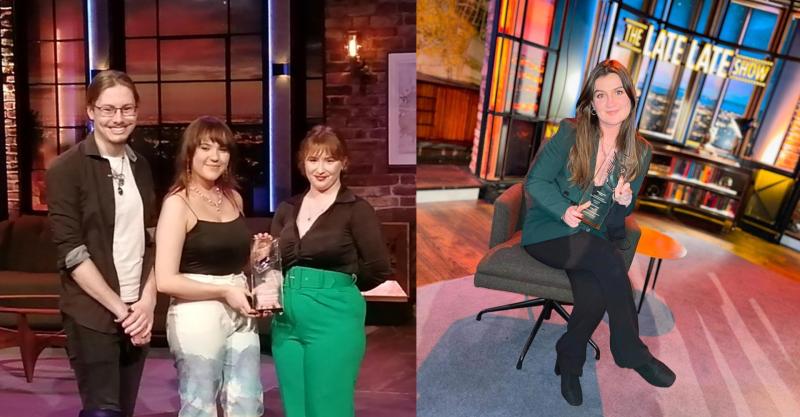 Dundalk Institute of Technology are absolutely thrilled to report two prestigious wins for their BA(Hons) Film and Television Production students at the 2022 Royal Television Society Awards.

The Royal Television Society is a world-renowned educational charity for the discussion, and analysis of television in all its forms, past, present, and future. It is the oldest television society in the world and this year’s awards which were attended by DkIT students and staff were held in the famous Studio 4 in RTE this week.

This film was created in 2021 during the student’s final year and was made as part of their 4th year Major Project module on the BA (Hons) in Film & Television Production in DkIT.

Bridge Orders made to progress Narrow Water Bridge in Louth

All development and pre-production on this film was carried out remotely as there were no on campus classes for most of the academic year 20/21.

The Film was shot over 6 days at the end of April/start of May 2021 under strict Covid 19 filming protocols and was completed with a mix of on campus and remote activity to complete the project by mid-June 2021.

Chloe O'Reilly was the second winner of the night for DkIT and won an award for Best Editing for the film Unravel which was also created in 2021 under the same challenging Covid 19 restrictions.

Both awards were an amazing achievement and testament to the DkIT’s  student’s dexterity and resilience during such unprecedented times.