Click the 'Next >' arrow above to go through the gallery

The Annagassan crucifix was vandalised in 2003.  It was re-erected after partial repairs but the original wood was in poor condition. Annagassan man Brian O’Neill discussed this with locals Tommy Mulroy and Gerry Leddy and they decided to replace the entire wooden cross.  Gerry approached his employer Randall Plunkett, 21st Baron Dunsany who kindly donated well-seasoned oak grown on his estate at Dunsany Castle in Co. Meath.

A well-attended event was held on Friday March 18th to mark the occasion of its re-erection.  Brian O’Neill and Tommy Mulroy opened the event from a podium draped in the Ukrainian colours.  They welcomed everyone, thanked all for their support and outlined the history of the cross.  Fr Daly said prayers and blessed the cross.

The author Tommy Burns spoke about the history of the Plunkett family and how St. Oliver Plunkett would have known Annagassan quite well.  Randall Plunkett, Lord Dunsany who is an advocate of re-wilding, then planted an oak tree as insurance for future repairs!  He also gave an impromptu speech on his impressions of Annagassan and his support for the event.

Hugh McMahon spoke of the devastation in Ukraine and a collection for the Red Cross was taken up which amounted to €1,350. When the event ended, Paul, Anne and Conor O’Neill very kindly invited all in attendance to The Glyde Inn for tea and sandwiches.

The crucifix at Annagassan was erected to commemorate the 1905 wedding of Sir Henry Bellingham’s daughter, Augusta and John Crichton-Stuart, the 4th Marquis of Bute and one of the wealthiest men in the British Isles.

Bellingham Castle was the venue for the extremely lavish wedding.  A steamship, the Princess Maud, took the guests and the Isle of Bute pipe band across the Irish Sea to Annagassan.  The wedding was a major society event and attracted attention from the world’s media.  The wedding party and guests departed as they had arrived, by steamer from Annagassan Harbour. 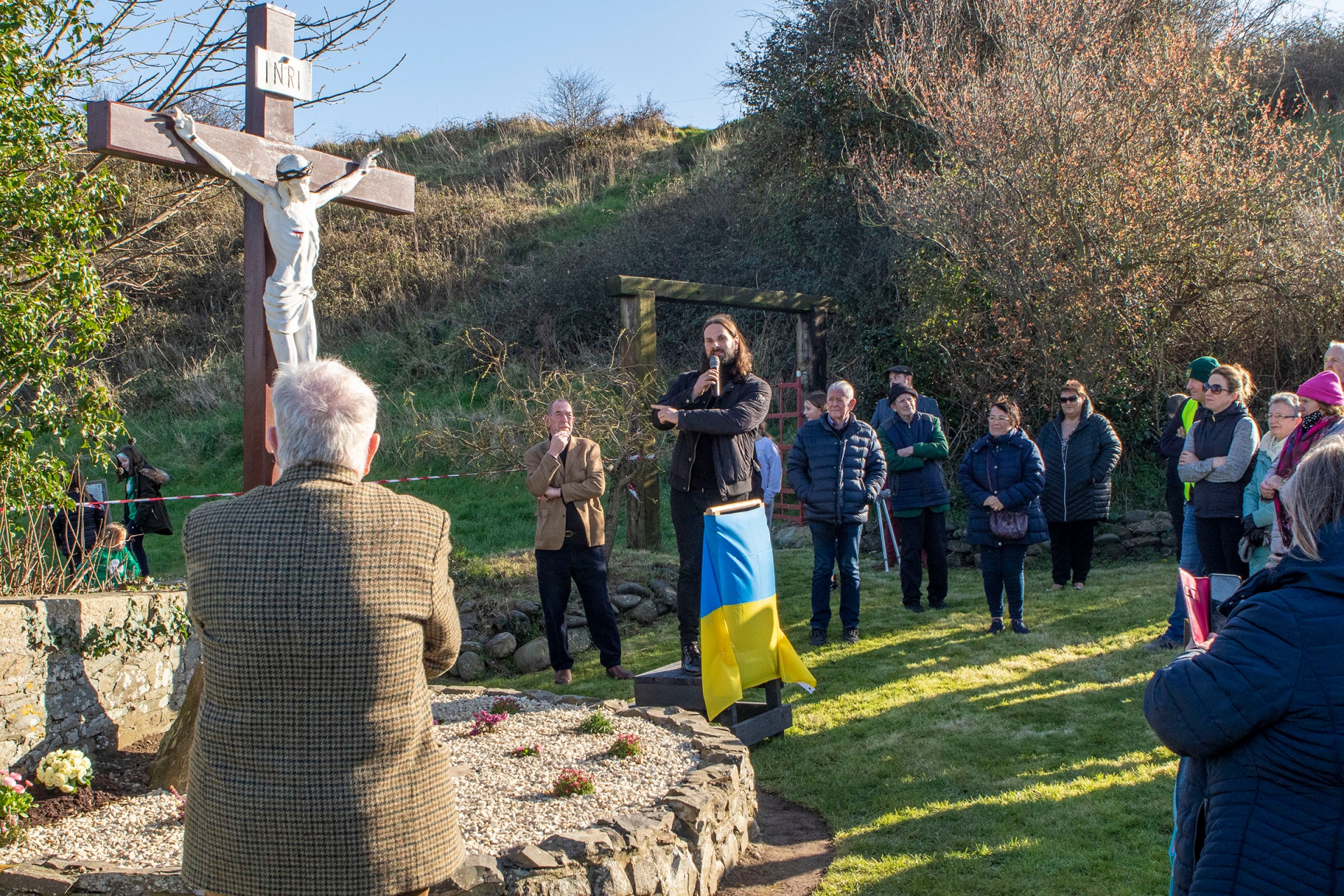