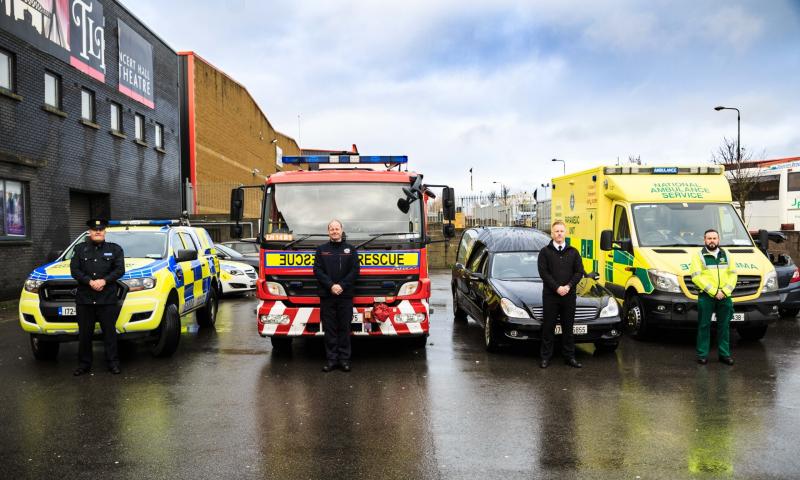 In advance of this year’s St Patrick’s Day Bank Holiday weekend and in light of the increase in the number of fatalities on the roads nationwide, Louth County Council's Road Safety Officer, Adrian O'Sullivan, has shared some comments with the public, highlighting the dangers of driving under the influence of intoxicants

As preparations are well underway to celebrate our patron saint’s day, Adrian is encouraging everyone using the roads to act responsibly and “Go dté tú slán” (Arrive alive). “With the recent easing of Covid-19 restrictions”, says Adrian “many families will be out enjoying the festivities for the first time since 2019.

“Everyone should be able to feel safe without the fear of meeting a driver who’s impaired through alcohol or drugs.
“Do your bit this Saint Patrick’s bank holiday weekend, to stop these drivers from putting someone’s life at risk. If they don’t listen, please phone your local Garda station or Garda Traffic Watch on lo-call number 1890 205 805 and report it - you might just save a life.
“Saint Patrick’s Festival is a period of national celebration and we want people to have fun, but we are reminding road users that everyone must do their part to help keep roads safe”.

Adrian has the following advice to ensure that anyone planning to socialise over the Saint Patrick’s Bank Holiday weekend has a safe time:

An analysis of Garda Síochána investigation files for fatal collisions, by the RSA, show that 11% of fatal collisions, in which a driver had consumed alcohol occurred between 7am and 11am.  Approximately one in ten drink driving arrests happen between 8am and 2pm, so if you have had a late night out, please leave the car at home.

Adrian says that “as at 7 March 2022, a total of 32 people were killed on Irish roads. This represents an increase of 19 compared to the same period in 2021 during which time 13 people lost their lives. “Fortunately, there have been no fatalities in Co Louth to date in 2022 and if everyone takes responsibility for their actions on the road, this figure will not be added to over the bank holiday weekend.” The Louth Roads Safety Officer concludes by adding a “Lá Fhéile Pádraig sona” to everyone.