RACING: The horses worth a bet on Saturday's card at Navan 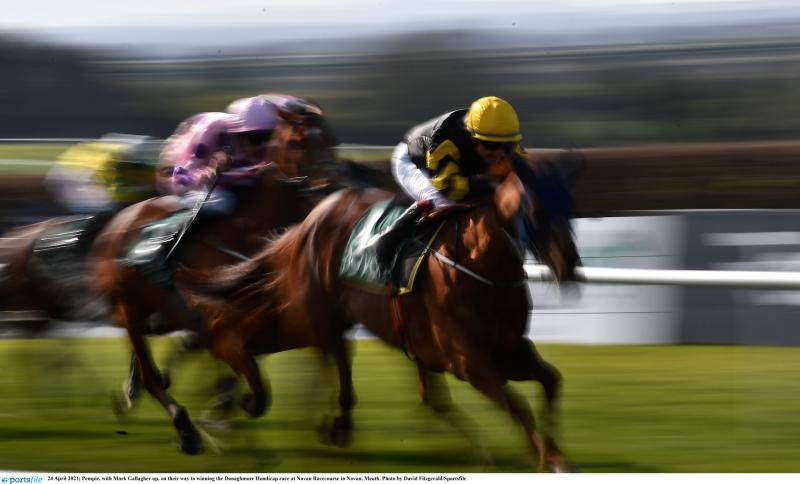 RACING: The horses worth a bet on Saturday's card at Navan

National Hunt racing returns to Navan on Saturday, with 104 horses declared across an eight-race card, and €128,500 in prize money on offer.

The afternoon’s action gets underway at 1.10pm, with the final race at 5.05pm - find the latest horse racing betting here.

With a mainly dry forecast ahead of the meeting, the ground is described as Yielding to Soft.

Six have been declared to run, with the standout runner being the Willie Mullins-trained Gentleman De Mee - who put 34 lengths between himself and his nearest rival, when winning a beginners chase over the trip at Thurles last month. The six-year-old finished behind Triumph Hurdle third, Haunt En Couleurs the time before, and looks progressive.

Grange Walk brings plenty of chase experience to the table, and shaped as though this furlong shorter trip will suit.

Streets Of Doyen takes a significant step back in trip, following a refusal three out in a three-mile chase, back in November. Stand Off won well over this distance at Fairyhouse back in November, Velvet Elvis had the better of Fancy Foundations over two-mile-four in December and the latter could reverse the form, with a half-mile less to travel.

At 4.32pm is the Veterans Handicap Chase, with 10 runners due to jump off for the three-mile contest.

Nobody Home rallied late to finish second to a subsequent Grade B Handicap fourth in Gevrey, over two-mile-five at Fairyhouse, and this step up is likely to suit.

Kavanaghs Corner finished a head third behind Nobody Home on that day, and is a pound better off with his rival this time.

Wishmoor probably needed the run here last month, but stayed on stronger than Kavanaghs Corner to win at Limerick in December. Not the most reliable of late, but the twelve-year-old has put in some decent performances in this race previously.

Tesseract has slipped to a decent mark and is the best of the remainder.

Ronan McNally’s All Class is looking for a hat-trick, in the final race of the afternoon (5.05pm), the two-mile four-furlong Mares Handicap Chase - following a comfortable hurdle success over the distance, here in December.

His previous run was an emphatic chase success at Punchestown and the chase, hurdle and flat winner is the one they’ll all need to beat - with the majority conceding weight.

Last month’s Catterick winner Alohamora has to shoulder top-weight, but has had the beating of some of these, including That’s Lifebuoy, who hasn’t had a terrible season.

Exit To The West is another to watch, depending which horse shows up.