St Brigid's Day parade suggested for Dundalk for next year 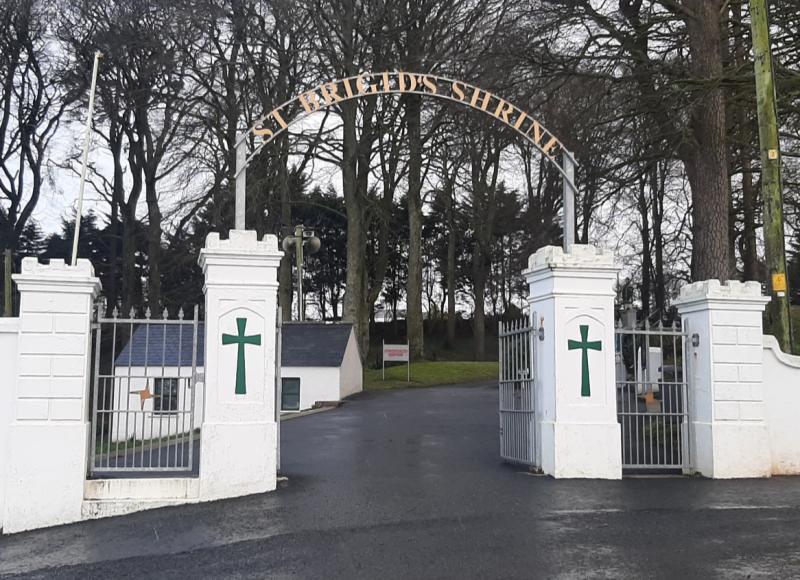 St Brigid's Day parade suggested for Dundalk for next year

Dundalk councillors are to establish a working group to to promote Faughart and north Louth as the birth place of St Brigid, with suggestions also being put forward to hold a St Brigid's Day parade in 2023.

Councillors agreed at the Dundalk Municipal District February meeting to form a working group to help promote Faughart as the birthplace of St Brigid, as well as her heritage and help promote the area as a tourist attraction.

Cllr Edel Corrigan raised the issue at the meeting, saying that she visited the St Brigid's Shrine and the Hill of Faughart on St Brigid's Day and while the clean up work carried out in the area by the Council in preparation for St Brigid's Day, was “very much appreciated”, she lamented the lack of proper signage to let people know of the different historical sites in the area.

Cllr Corrigan said that she saw cars from all over the country, and that she saw hundreds of people in Faughart on St Brigid's Day, but no adequate signage to inform them of what was in the area.

“We cannot go into next year having the same again”, she added, “because its such a missed opportunity to showcase what we have here in north Louth.”

Cllr John Reilly, echoed Cllr Corrigan's comments, and added that there is another “hidden gem” in the Faughart area, the Urnaí Graveyard, the burial place of the poet Peadar Ó Doirnín.

“If we're interested in our heritage, we've got great history, we've got Roche Castle, Urnaí Graveyard, Faughart Shrine, the burial place of King Edward the Bruce”, he told the meeting.

Cllr Reilly added that after working with Kilcurry Tidy Towns, and with the help of sponsors, there is now some signage in Louth indicating Urnaí graveyard, resulting in more daytrippers to the area.

Cllr Sean Kelly put forward the idea of setting up a working group to help promote the work of St Brigid, and highlighted the comments made by Taoiseach Micheál Martin on social media last week, where he wished everybody a Happy St Brigids Day and specifically mentioned the people of Kildare but “forgot to mention the people of Louth. That's a disappointment in itself, that the Taoiseach hasn't even realised that St Brigid was born here in Louth”.

The idea of a working group received broad support at the meeting.

Cllr Conor Keelan told the meeting that when in college in Kildare, he had many arguments with people who believed St Brigid was from Kildare. He added that he supported the idea of a working group which would work towards promoting St Brigid's citizenry, the local heritage and to help tourism.

The members also agreed to send an informative letter to An Taoiseach explaining that St Brigid was born in Faughart in county Louth.

Following the meeting, Cllr Edel Corrigan spoke to the Dundalk Democrat about the signage at St Brigid's Shrine, saying that it is an issue that she has been raising for some time.

“There was a programme of works that were to have taken place in 2021 following on from the 2020 Leader Heritage report identifying the Hill of Faughart as a ‘key heritage site in Louth that requires development'”, she commented.

Cllr Corrigan said that the report included recommendations that security cameras be installed in the car park at Faughart, additional road signage for the Hill, a survey of the historic graveyard with the local community and protection of the motte at the site. The report also suggested, she said, that consideration be given to a possible re-enactment event or a festival to mark the significant Battle of Faughart.

Cllr Corrigan continued, “On St Brigid’s Day 2022 I was saddened to see that two such significant interconnected sites such as St Brigid’s Shrine and the Hill of Faughart had such insufficient signage in place. I only saw one direct sign on the day to the shrine, which was located a few metres from the shrine car park. “We need to be show-casing what the area has to offer, the beauty and historical significance of the area.

“At the last Council meeting I requested a progress report from the Heritage Department to be brought back to the next meeting to get clarity on the issue as the last update I had received was that ‘finger post signage’ was to be in place before Feb 1st this year. Obviously that did not happen.

“It is a fitting tribute to see the introduction of a new bank holiday next year in the name of Saint Brigid, the patroness saint of Ireland. “I support the establishment of a working group as suggested, to include relevant council parties/ departments to oversee works and improvements in the area.

“Clarity and progress are needed on many issues regarding all historical sites but especially for this one in particular.”