Joe Carroll: Louth players are set to get first taste of league football 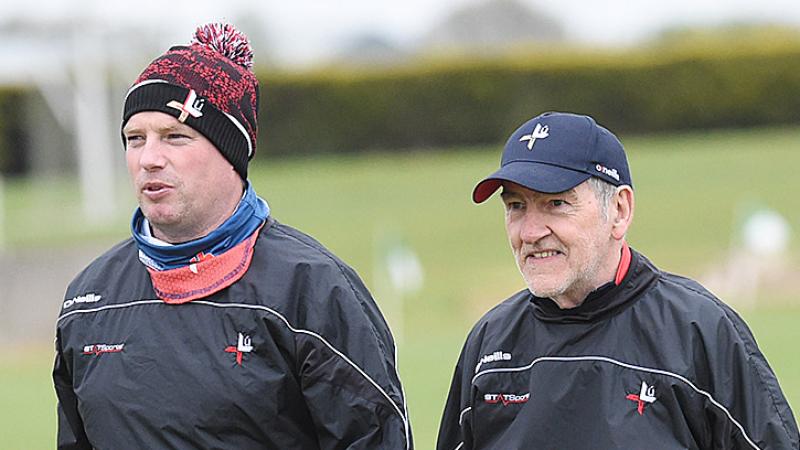 Probably not for a long time has so much anticipation surrounded the naming of a Louth team. The league gets underway this weekend.

And after a three-match O’Byrne Cup campaign that brought no winning results this way but witnessed run-outs been given to dozens of hopefuls, Mickey Harte’s crew take on Laois at Ardee’s Pair Mhuire on Sunday.

Division Three is a seven-rounder, and as luck would have it, Louth must travel for four of their matches. The last six come in this order: Longford (away, Feb 6), Limerick (away, Feb 22), Westmeath (home, Feb 27), Fermanagh (away, March 12), Antrim (home, March 20), and the whipper-in and maybe a decider of some sort, Wicklow (away, March 27).

Regardless of how Harte and his assistant, Gavin Devlin, line out their team, it’s for certain there’ll be league debutants included.

Replacements will have to be found for Declan Byrne, Craig Lynch and Andy McDonnell, all of whom have quit the inter-county scene - while other 2021 regulars are on the injury list.

In his time as Tyrone manager, Harte prioritised the McKenna Cup, Ulster’s equivalent of the O’Byrne Cup. On one occasion he fell foul of the provincial council, ignoring the diktat which said that ‘dual’ players should play with their college and not their county.

During his reign, Tyrone won the competition twelve times, having won it only five times previously. Much as he would have liked it, Harte had little chance of getting that kind of run going with his adopted county.

The team with which he oversaw in his first McKenna Cup victory, in 2004, had won the All-Ireland the previous year, and after that his teams for the subsidiary competition were laced with many other Sam Maguire, league and Ulster title winners.

Even though he’s been a year in his new job, it was a case of starting anew when the Ballygawley man laid out his plans for 2022.

There would have to be an infusion of new blood, and the O’Byrne Cup was an ideal opportunity to give the fresh faces a first taste of inter-county fare, either as starters or as replacements.

It would have been a nice boost to the beginners’ morale had there been even one win in the three outings, but after a good lead had been squandered in the opener against Longford, Dublin, with more hopefuls that long-servers included, proved far too strong at Parnell Park. Louth got closest in the Offaly match played at Sunday’s venue, going down by three points.

The line-up for Sunday will give us an idea as to who Impressed the manager most of all. The hope is that Sam Mulroy, who missed the O’Byrne campaign, will be clear of injury, allowing him to continue in the vein that had him top of the pile in club football last season.

Teaming up with Ciaran Byrne, the Naomh Mairtin clubman would have a big part to play in making it easier for any newcomers up front.

Wayne Campbell was another who impressed in the Mairtin’s good run, having a particularly fine match in the championship final, but hasn’t figured on the county side.

In his absence – and maybe even in his presence – Tommy Durnin looks certain to take a midfield slot, partnered by either the vastly experienced Bevan Duffy, or Conor Early, who is said to have impressed in the O’Byrne Cup.

Dermot Campbell will fill a pivotal position in defence, and having made his National League debut last season, soon after Mickey Harte took charge of the team, long-kicking goalkeeper, Martin McEneaney, could be one of three St Patrick’s clubmen to figure in defence, Leonard Grey and Jack Murphy also vying for a place.

It’s a difficult opener for Louth. A win would be a tremendous boost, but if there’s a reverse, the pressure would be on, given that there are two away games to follow, one of them against Longford who Louth haven’t beaten in five years.

Laois have had plenty of activity in recent weeks. Managed by Billy Sheehan, they came through their section of the O’Byrne Cup in good style, and then beat Kildare in a semi-final penalty shoot-out. Their final outing was against Dublin last Sunday.