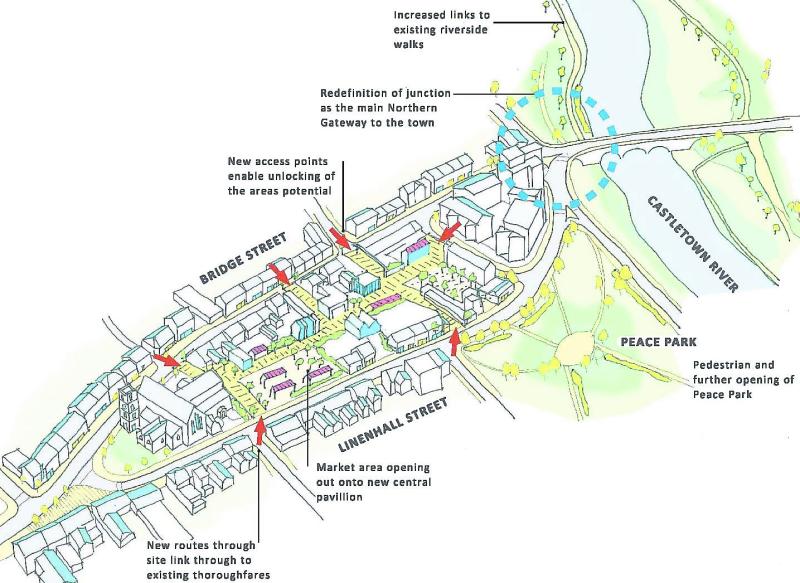 The planned regeneration of the St Nicholas and backland area, for which Louth County Council has been approved for €7.5 million in government funding, cannot progress until the Department of Housing, Local Government & Heritage has approved the preliminary business case submitted by the local authority.

Councillors at the Dundalk Municipal District January meeting were given an update by Senior Executive Officer, Alan Sherry, who told the members that they have submitted the preliminary business case as is required under Section 4 of the Public Spending Code, Mr Sherry told the meeting that they are at "decision gate" and cannot go any further with the process until the Department confirms that it has approved the preliminary business case.

Mr Sherry added that in the meantime, they are still working on drafting a brief for their consultants, so that when they eventually do get approval from the Department to go ahead, to tender for a multi-disciplinary design team, that we'll be in good shape to do that as quickly as possible.

Cllr Maeve Yore remarked that she was concerned that the local authority was still waiting on the Department to get back to them and questioned if there was a chance they could lose out on the funding if deadlines were missed.

In reply, Mr Sherry said that he didn't think there was any possibility of that happening, as they had a meeting with the officials in late November, where they acknowledged that Louth were the first local authority in the country to submit a business case. He added that they have a good relationship with the officials in the Department and he has updated them recently with how they are progressing.

Cllr Edel Corrigan suggested a special meeting, to update members and possible local representatives of the area as to the details of the actual submission on proposed works but Mr Sherry replied to say that they don't have much more detail than what was on original application.

Speaking to the Dundalk Democrat, following the meeting, Cllr Sean Kelly said that for the next stage "what we want to see is engagement with the locals on the ground as to the actual works and how they are going to happen."

He continued, "we want to see good engagement as to what the place is going to look like, what is the finished product. There's not much point putting in stuff if the locals and the businesses in the area don't want.

"Let's getting everybody sitting around a table and go right, this is what we're planning, what's your thoughts and get constructive feedback from everyone involved."

"This is a once off. We're never going to get money like this again, so let's spend it right, now", he added.