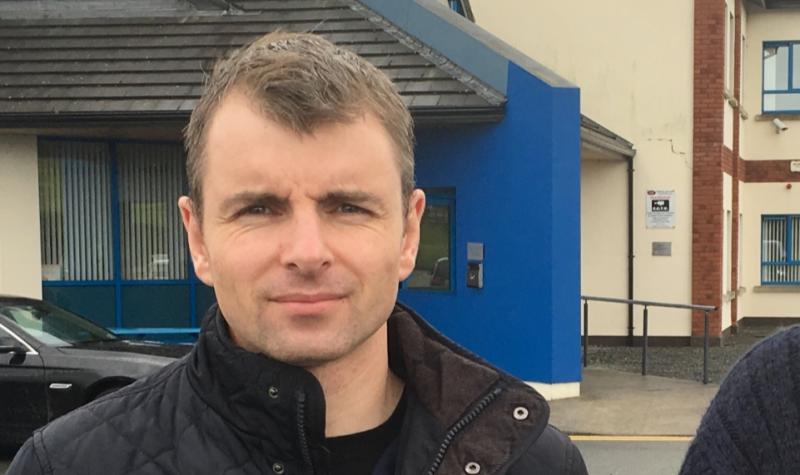 Sinn Féin spokesperson on communications and broadband, Deputy Ruairí Ó Murchú, has asked communities in Louth to be vigilant after telecoms company, eir, revealed that between 12 and 13 kms of telecommunications cables and copper wire have been stolen over the last six months.

Eir confirmed in a statement last week that almost 1,000 people living in rural locations in Louth and south Monaghan have been affected by the thefts by losing phone lines, broadband and connected services such as emergency medical alert systems.
Una Stafford, Managing Director, open eir said, “we are asking the public in the Louth and Monaghan areas to be vigilant as the destructive nature of these crimes can have far reaching consequences.

“We need our telecommunications infrastructure to stay connected and this is even more important for those people living in rural locations, for older people and for people who are medically vulnerable.”

Deputy Ó Murchú said that representatives of eir who briefed him about the thefts, told him that they have been ongoing for the last six months, and have resulted in 65 to 70 sections being affected.

“I would ask communities in Louth to be vigilant and report anything suspicious to Gardaí”, said Deputy Ó Murchú.
He continued, “I understand that Gardaí are working extremely hard in order to catch the perpetrators, who are working during the hours of darkness.

“If people see someone supposedly working at a communications pole at night, they should get in touch with Gardaí immediately’.

Deputy Ó Murchú said there was also the wider issue of the thieves being able to sell on the cabling. “Those who are carrying out these audacious thefts are only interested in one thing – money. It is clear that they feel comfortable selling the cabling onto a third party and this needs to be looked at urgently”, he commented.

The Louth TD added, “Without the ‘profit’ for the thieves, there is no point in them doing what they are doing. “I have spoken a number of times in the Transport and Communications Committee about communications infrastructure and that extends past cybersecurity into the safety of the actual infrastructure.