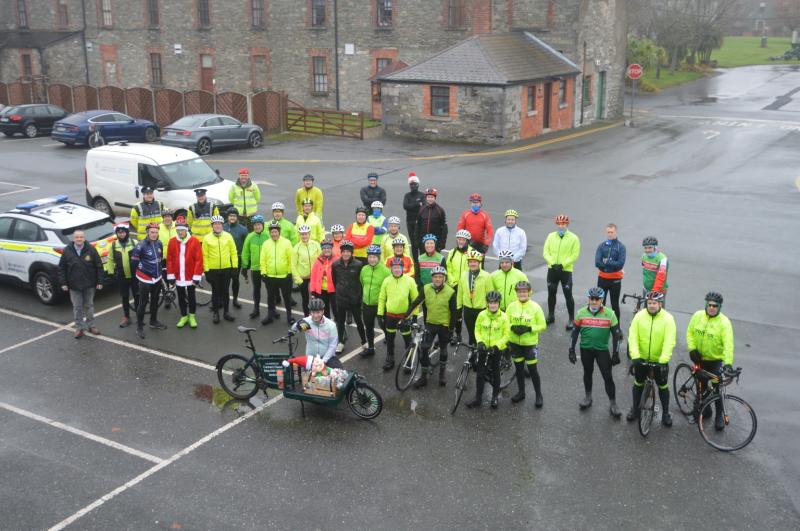 The event was organised by the Garda cycling club and O.N.E. supported by members of the Cuchulainn cycling club.

The cycle raised €860 for the soup kitchen due to be presented in the near future.

The organisers wish to give special thanks to Garda Sgt. Eugene Collins and his colleagues and also to Military Police Cpl. Mark Hughes, for their help with traffic management.