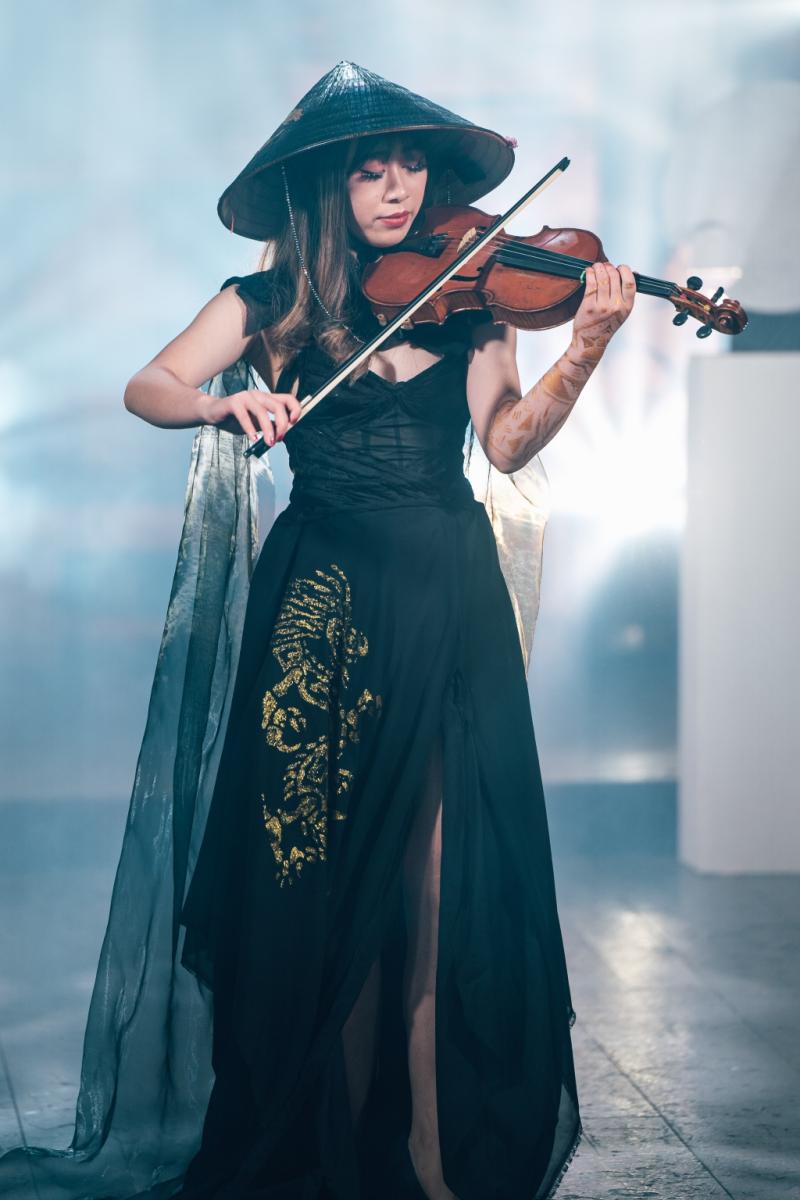 Grace’s winning piece ‘Songge Da Long’ was an outfit inspired by her Vietnamese and Chinese heritage that drew on influence from ancient Eastern designs.

The materials used in her design were Vintage Vietnamese silk Ao Dai coatballet, leotard,pillowcase, duvet and chiffon curtains donated from a local hotel.

Speaking to the Democrat last week, Grace gave the reasoning behind her design:

“I was adopted from Vietnam at a really young age but recently discovered that I am ethnically Chinese. I know that a lot of people have difficulty with identity and I am no different. I wanted to pay homage to my heritage through the Junk Kouture platform and I hope that I have done that.”

Grace had a clear design vision and was determined that her outfit would be practical as well as stylish:

“I wanted it to be wearable and something that would travel well without any issues. To be honest, I felt a bit insecure about whether my design was extravagant enough after seeing some of the other entries, but I stuck to my guns and it paid off. It still feels like a dream to have made it this far, especially considering I’m the only one from Louth.”