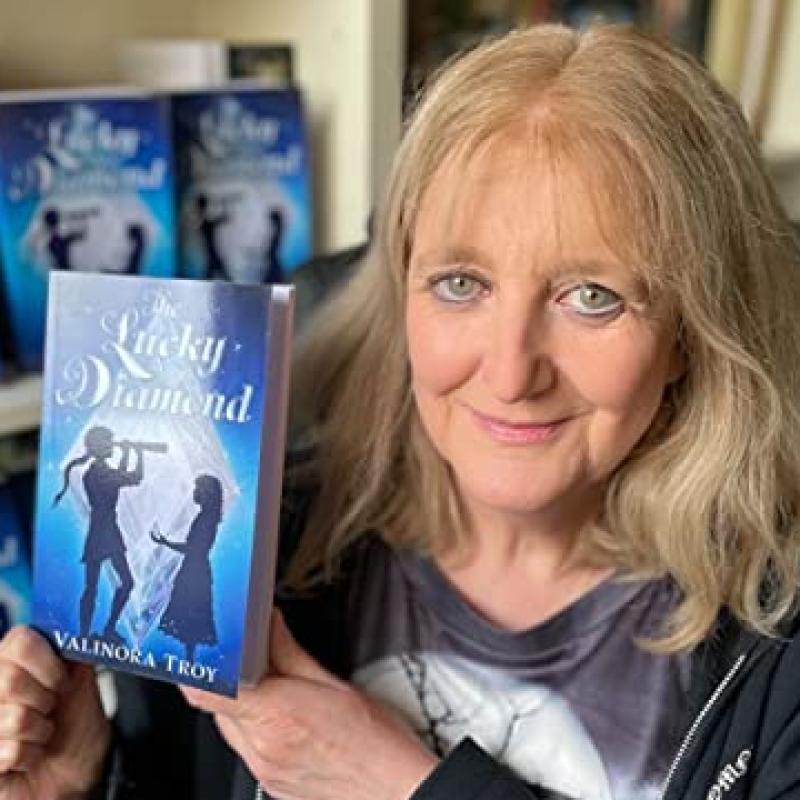 Valinora grew up in Blackrock, and after working for some years in Dublin, returned to Co Louth, and now lives in Dunleer.

Her mother, Geri Valentine, published a series of children’s books in the 1990s and she fondly remembers her influence as she grew up in Blackrock with ten brothers and sisters.

The Lucky Diamond is a fantasy story about five orphaned siblings who discover an exciting new and dangerous world when they meet a magical talking Diamond called Lucky and agree to help her get home.

“I think they [her stories] are influenced by growing up so near the border.”

“My countries are often divided politically and Lucky’s home is in a place called ‘The Rock of Diamonds’ and she talks about ‘the Rock’ a lot, much as when I was growing up we talked about ‘going down the Rock’ meaning Blackrock village.”

The book has already received some acclaim and was awarded an ‘Indie Book We Love’ badge by the UK Book recommendation site LoveReading4kids, a fitting acknowledgement for a process that put Valinora through many highs and lows:

Buoyed by her early success, Valorina has other projects in the pipeline and is eager to get more of the series published:

“I have five more books written in ‘The Lucky Diamond’ series and I plan to publish book 2 and 3 next year.

‘The Lucky Diamond’ is available for purchase in Easons and Academy Books in Drogheda and is also available online on Amazon.