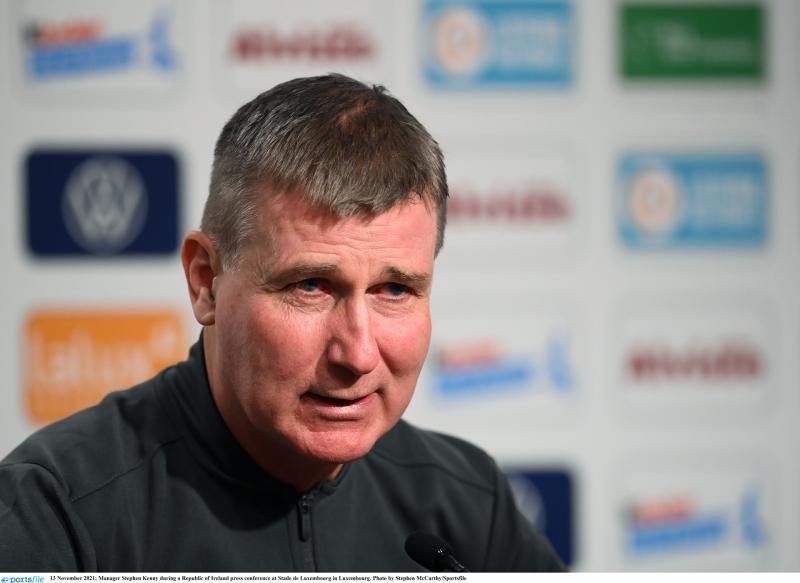 After a shaky start to his time in charge of the Republic of Ireland men's Senior team, Stephen Kenny has managed to steady the ship and bring back some optimism and and excitement to the Boys in Green.

A sold out crowd flocked to Aviva Stadium as the former Dundalk FC boss guided Ireland to a memorable 0-0 draw against a Portugal side containing Cristiano Ronaldo before easily putting Luxembourg to the sword 3-0 away from home in an International window to remember.

This coming after the last International break where the Dubliner picked up his first competitive win away to Azerbaijan and a 1-1 draw at home to Serbia.

The recent rise in the teams fortunes has saw many hopeful Kenny's contract with the FAI would be renewed. It is currently due to end at the end in July 2022, just four games into the six game Nations League campaign.

It was widely speculated that a contract extension was on the cards to keep him in charge up until the end of the 2024 European Championships in Germany. The FAI met last night to discuss his tenure so far and despite a marathon six hour long meeting, no final decision was made.

"The Football Association of Ireland can confirm that Board members undertook positive and detailed discussions around a review of the FIFA World Cup 2022 qualification tournament in its entirety at its scheduled monthly meeting in Dublin this evening" said a statement released by the the FAI late last night.

"CEO Jonathan Hill will now provide feedback to the Republic of Ireland Men’s Senior Team management accordingly and will move the process forward. As with all employee matters, this process will remain confidential. The FAI will be making no further comment on this matter until it is appropriate."