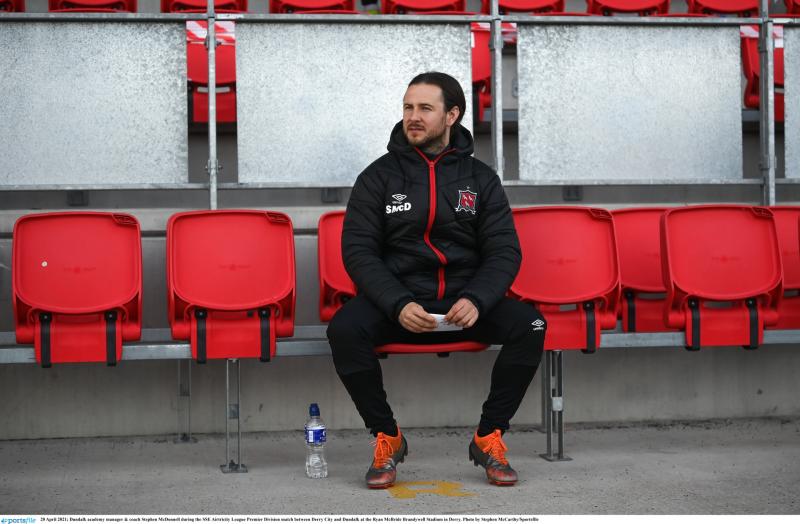 With the new regime now a few weeks into power at Dundalk FC, departures were always going to happen as those associated with Peak6 decide to leave knowing the current owners will want change as they look to make their mark.

The latest departure may come as a surprise to many as club stalwart and former player Stephen McDonnell is set to depart from his role as academy manager.

Back in February the club relaunched their underage wing, as Peak6 made a decision that focused on making sure the Lilywhites were capable of producing the stars of the future through their underage teams. Ryan O’Kane and Mayowa Animashun being the most recent examples of young talent breaking into the first team squad from the club's academy.

McDonnell also doubled up as U19 manager last season, while overseeing the development and helping nurture further the players coming through the club's U14, U15 and U17 sides.

"The club would like to thank Stephen for his work at Oriel Park over the past year and wish him the very best of luck going forward.

"As a former player – and native of the town – Stephen will always be held in high regard at the club and will forever be welcome at Oriel Park in the future.