Dundalk Golf Club Notes: Who has been lighting up the course? 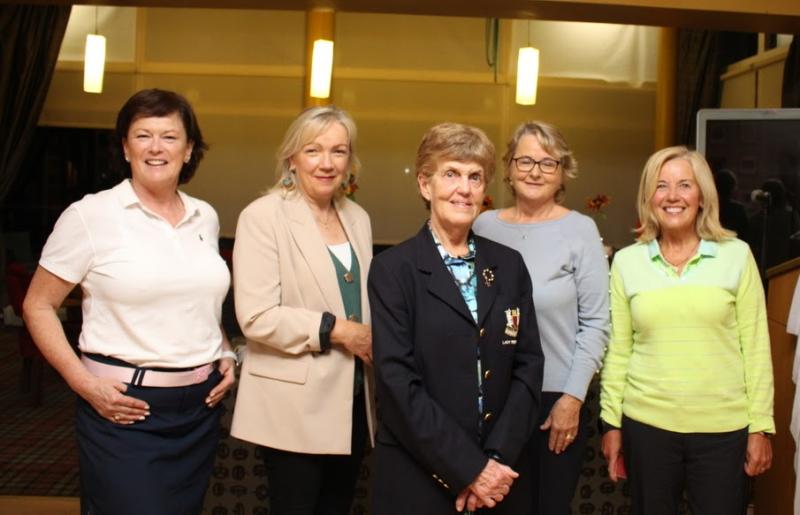 Eoin Murphy won the Club Championship for the first time when he had one shot to spare over Joseph Laverty after a tremendous battle between the pair over 36 holes on Saturday October 23rd.

A 25kmh southerly wind and slick greens created a tough test and Murphy and Laverty were tied after opening with one over par rounds of 73.

Murphy had started with a birdie on the opening hole but turned in one over after dropping shots at the seventh and eighth. He then reeled off three successive birdies from the 10th but then dropped shots when he turned into the wind on 13 and 14 and dropped another shot on the last.

Laverty went through the opening nine in two under thanks to birdies at six and nine but dropped shots at the 10th, 12th and 15th.

Rain made conditions even tougher in the afternoon for the second round and it was Murphy who grounded it out better with his three over par 75 which was one shot better than Laverty could manage.

Chris Connolly won the Weekend Singles Stableford competition which was held over October 16 and 17 with a great score of 43pts. Playing off 18 he was one point better than Michael Keating (20) and Edward Lawrence (22) with Keating edging out Lawrence on countback after shooting 22pts down the back nine.

Connolly’s round contained nine pars with the only blemishes being back to back double-bogeys at the 10th and 11th as he went out in 22pts and came home in 21pts. Lawrence took Division Three with Derek Cahill (8) winning Division One and Padraig Hassett (13) winning Division 2. Eddie Rogers with 38pts had the competition’s best gross with 38pts.

The final ladies 18-hole singles competition of the golfing calendar, the Halloween Hamper, was played on Saturday, October 16 and Tuesday, October 19.

Scoring was excellent despite some difficult conditions, and countbacks were needed to separate some divisional winners with Katherina Conneally Sloan, Anna Rowland and Geraldine Mohan taking the divisional honours. Well done to all prize winners.

Presentation of the lovely hampers, and of all the prizes for the recent rumble and stableford competitions took place recently in the clubhouse.

The annual ladies committee outing with our neighbours and friends from Greenore took place on Sunday, October 17. A lovely afternoon of golf was played in perfect conditions, followed by dinner afterwards in the clubhouse.