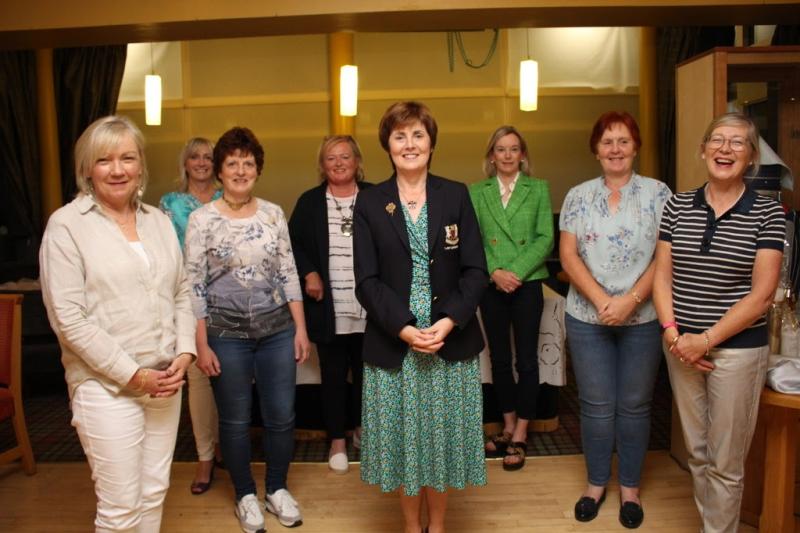 Billy Cairns, playing off five, won the Singles Stableford competition played over the first weekend in October after shooting 41pts.

After opening with two bogies in the first three holes, Cairns got things back on track when he birdied the index one fourth for four points. After four straight pars, another birdie arrived on the ninth when he had a two at the par three ninth. That was just one of 12 twos recorded by 10 players in the 156 strong field.

That saw him go out in 21pts and he came home in 20pts, helped by a birdie on the par five 12th and three point pars at 11th and 16th where he had shots. His only blemish was at the short par four 14th where he had a five.

Cairns had two points to spare over Barry Cunningham (11) who edged out Jim Dwyer (10) and Peter Fitzpatrick (14) on countback after all three had finished on 39pts. Dwyer and Fitzpatrick took the Division One and Two honours with Andrew Shekleton (25) just edging out the evergreen Harry O’Hanrahan to win Division Three.

Ciaran Johnston, who has moved into plus figures in recent weeks, earned the gross recognition after shooting 36pts.

The penultimate ladies 18-hole singles competition of the year was played on Saturday October 2 and Tuesday October 5. Division winners were Juliette Morrison, Fionnuala Dullaghan with a great 36 points, and Nora Donaghy. Well done to all the prize winners.