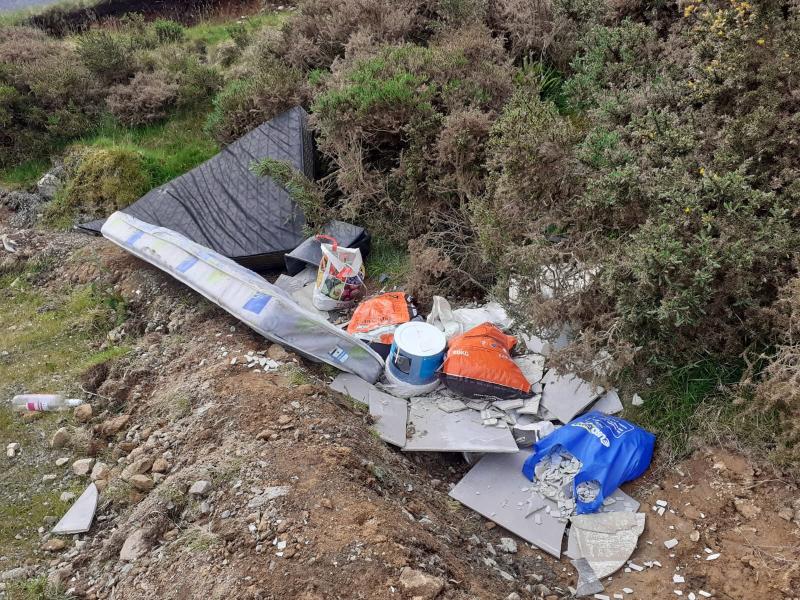 Dumped tiles on the Turf Road

A Louth Councillor has raised concerns about illegal dumping at Clermont Carn in Ravendale, calling it a “total disgrace”.

Sinn Féin Cllr Antóin Watters tweeted photos of tiles that had been dumped down at Turf Road, near the old RTÉ mast at Clermont Carn.

In the photos, dozens of chipped and broken tiles can be seen, alongside old buckets and two mattresses.

“The list of materials dumped in this area is endless and a total disgrace,” said Cllr Watters, adding that it is very difficult to catch those who are doing it due to the dumping taking place at night.

Watters said that he intended to raise the issue at the next Louth County Council meeting, saying that the dumping was a "neverending saga".

He said that the area was "one of the worst parts of the county for dumping", and that Gardaí have been able to do very little to tackle the problem due to a lack of evidence leading back to those responsible.

Cllr Watters says that this issue is highlighted in particular with the dumping of building materials like tiles, and that Gardaí have to rely heavily on members of the public who may have witnessed illegal dumping.

He added that if one person was caught and charged, it may disuade others from dumping illegally. 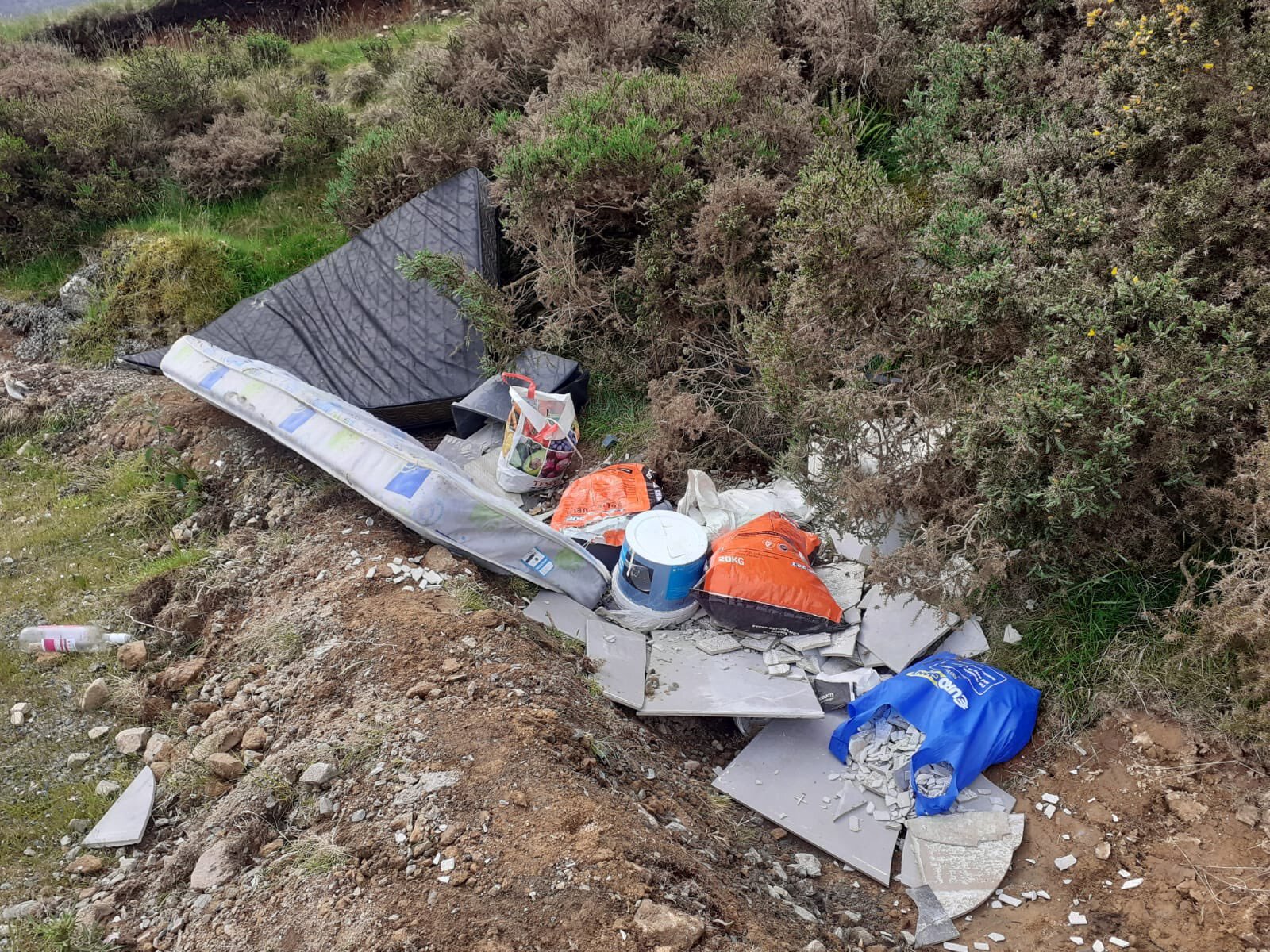 Tiles, buckets and two mattresses were dumped in the area

He urged anyone who may have seen anything suspicious over the weekend to contact Louth County Council or the Gardaí.