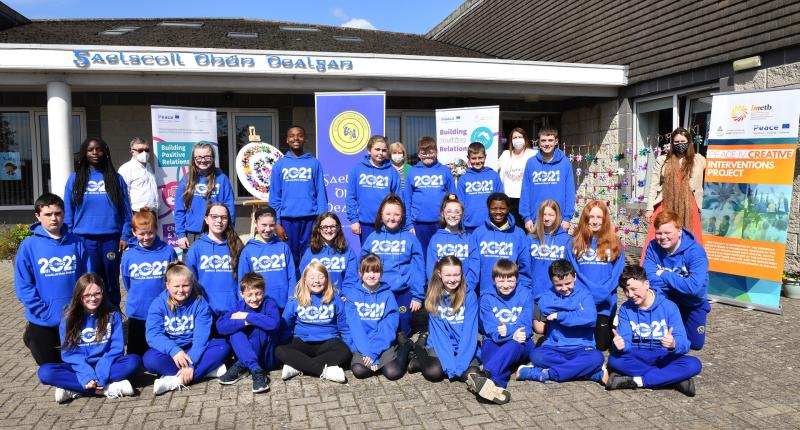 Over 50 students at the Gaelscoil have gotten involved with the project, which is funded by the EU under its PEACE IV programme.

Students at the school have been mentored by Caoimhe O’Dwyer, who has taught them how to weave the stars from ribbons.

Áine Uí Choinne, Principal at Gaelscoil Dundalk says that the students have enjoyed and engaged with the star weaving initiative.

“This has been a thoroughly enjoyable programme from start to finish. The pupils really engaged with it, and it has given them the opportunity to use a different set of skills to those which they normally would,” said Uí Choinne.

“Star Weaving has taught them a new skill, while also allowing them to be creative and expressive. They are very proud of their creations!”

The star weaving programme originally began in 2012, with a goal of using star weaving to help build links and partnerships, as well as to create violence-free communities.

The original goal was to create one million stars and this was reached in 2018.

The project in Louth was started by the Drogheda Star Weavers, with a total of 230 communities around the world getting involved in the project.