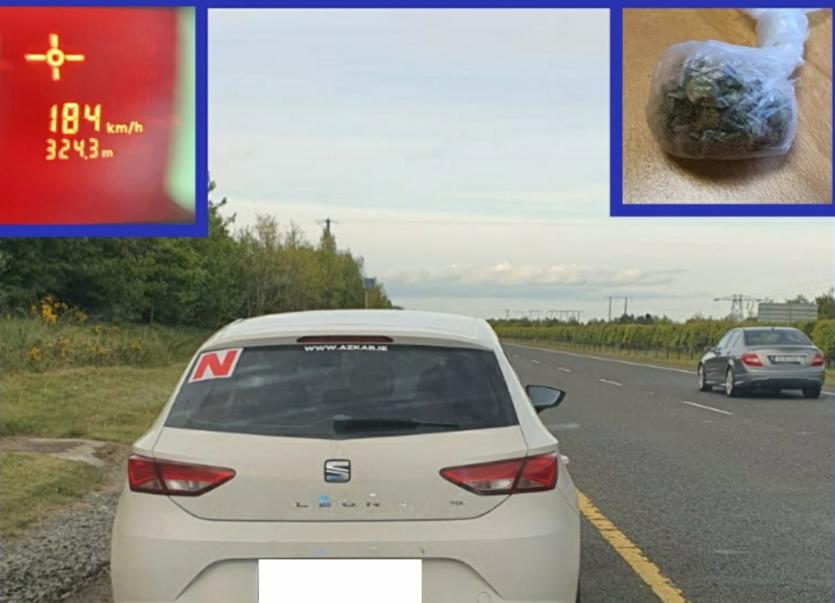 A speeding newly qualified driver stopped on the M7 motorway in Laois was brought to a standstill by Gardaí who have now directed the motorist in direction of Portlaoise district court for the misdemeanour.

Gardaí issued a statement after stopping the N plate driver on Friday, May 7.

"Laois Roads Policing Unit conducting a speed check on the M7 this evening detected a Novice driver travelling at 184kph. The vehicle was stopped and the driver arrested for dangerous driving.

"A passenger in the vehicle was also found in possession of cannabis.