Memory Lane: The Democrat recalls the final day of the 2014 season when Stephen Kenny brought success back to Dundalk

Use the next above > to go through gallery 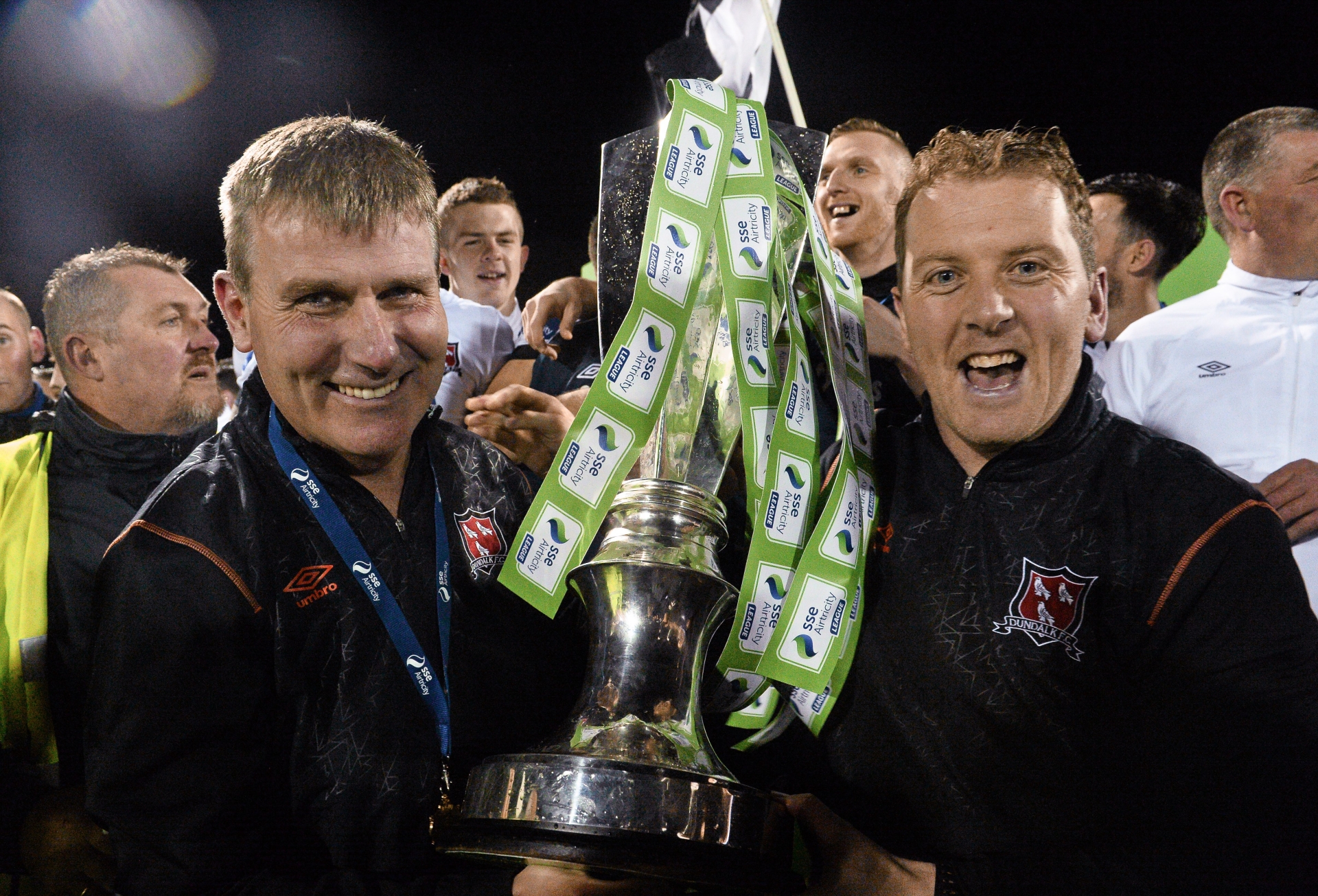 As the 2012 season drew to a close Dundalk were in the doldrums, finishing bottom of the table when not including Monaghan United who withdrew from the League and barely hanging on to their spot in the topflight when defeating Waterford United in a play-off over two legs.

But in November of that year came a decision that would change the fortunes of the club drastically, as the board appointed Stephen Kenny as their new manager.

In his first season he turned the club from relegation strugglers to title contenders, narrowly missing out on the title despite working off a small budget but by October of 2014 he had brought success back to the town.

The 2014 season went right down to the wire, with League leaders Cork City a point clear of Dundalk going into the final game of the season at a jam-packed Oriel Park.

There was a huge roar pre kick off when club captain Stephen O’Donnell was announced as part of the starting team for the first time since April having missed nearly six months of action.

The Galway midfielder would make his presence known, bagging the vital opening goal three minutes into the second half.

Fellow Galwegian Patrick Hoban showed great strength to hold the ball up on the edge of the Cork penalty area and his lay off was swept home by the left foot of O’Donnell to rapturous applause from the home fans.

A draw would be enough for John Caulfield’s side to clinch the title and late on his canny subs came close to turning the momentum back to towards the Rebels, John Kavanagh powered his way down the right and swung in a vicious cross but Rob Lehane’s header just whistled past the far post.

However, 60 seconds later they were punished as the Lilywhites effectively clinched the title on 82 minutes.

City failed to clear a free kick from the left and Brian Gartland was in the right place at the right time to benefit from the ensuing goalmouth scramble to find the bottom corner and spark wild celebrations at Oriel Park.

Kenny had delivered a first league success in 19 years for the club and would go on to lift the trophy a further three times along with bringing the FAI Cup back to the town twice during a magnificent six seasons at Dundalk.