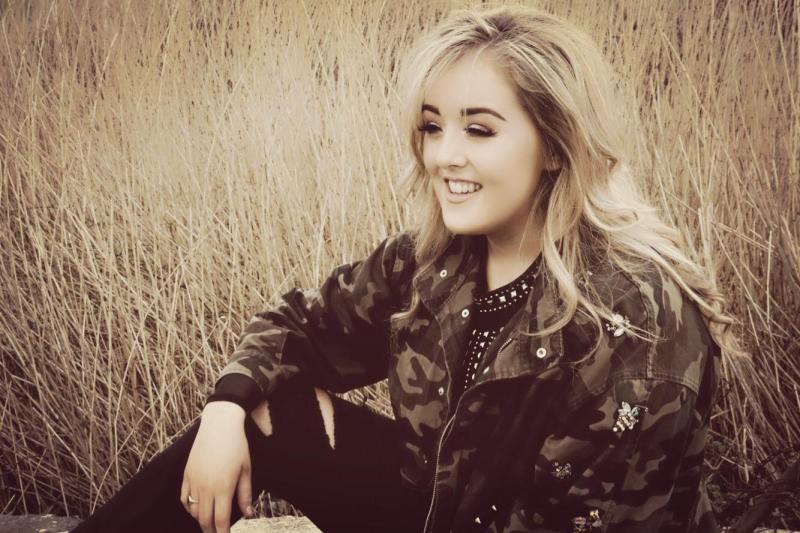 When most young, up and coming musicians release their first single, all that they are worried about is the airtime it will receive and how quickly the song will hopefully skyrocket them to fame and fortune.

For Louth singer Kelley McArdle, who is a former Voice of Ireland contestant, her debut single “Shine a Light” was so much more than just her chance to show the world her talent as a musician, doubling as a way of raising awareness around the Rape Crisis Centre North East in Dundalk.

“In 2019 I went through a horrendous experience where I wasn’t able to cope, I was thinking about moving away” recalled the young singer. “When I eventually opened up to my parents, they were saying I should go and get help through the Rape Crisis Centre.”

“I had never heard of the Rape Crisis Centre before and was sort of wondering what this is, but I got in touch with them and after about 13 weeks on a waiting list I got support from them which was a big help. I was in counselling with them for the guts of six months.”

Out of this experience came the song Shine a light, which deals with her ordeals during this tough period of her life, using last year’s lockdown as an excuse to get her creative juices flowing again.

The Drogheda native was still struggling at the time, happy that restrictions meant she didn’t need to leave her home, but it was during this time she used her talent as a song writer to help her cope with the issues in her life.

“At that stage I wrote seven songs in seven days and I decided that when everything opened back up again that I would get them recorded so I got into the recording studios and made Shine A light. I got to release that and hopefully I’ll get my other stuff recorded when everything opens up again.”

“I’ve always used song writing as a coping mechanism, my parents split up when I was a teenager and would’ve wrote a lot of songs about that to try and cope. It is a big thing when you are a teenager, but that’s my way of expressing myself and it definitely was a way of coping.”

The single has been a resounding success, with over 1000 streams to date on Spotify alone, but for McArdle its release was always about more than juts becoming a chart hit.

When debuting the song earlier this year, she called on her supporters to donate to her GoFundMe page after listening to it, with all proceeds raised going to the Rape Crisis Centre North East and Dublin.

Since then, she has organised Bonus Ball lotto draws, driven a campaign to support the charities through a 10,000 steps daily walking challenge and sold wristbands in local stores throughout the county, raising over €7000 to date.

Her next big fundraising initiative is a monster Raffle that takes place next month, with a 50-inch Samsung TV, hotel breaks and make-up artist vouchers among the many prizes up for grabs.

To enter, all McArdle asks is you donate at least a tenner to the GoFundMe page and like her or follow her on Instagram or Facebook, with the draw done live on her social channels on the fifth of May with the target to raise being €20,000 that will be split evenly between Dundalk and Dublin.

“They helped me through the darkest stage of my life, Dublin has the National helpline and the Dundalk one is the one I was personally in myself and I wanted to give back to them. Not only am I releasing the song to raise awareness but I’m trying to fundraise for them as much as I can well.”

More information about her fundraising is available on her Facebook page Kelley McArdle's Music, where links to her GoFundMe page and updates on stores stocking her charity wristbands can be found.