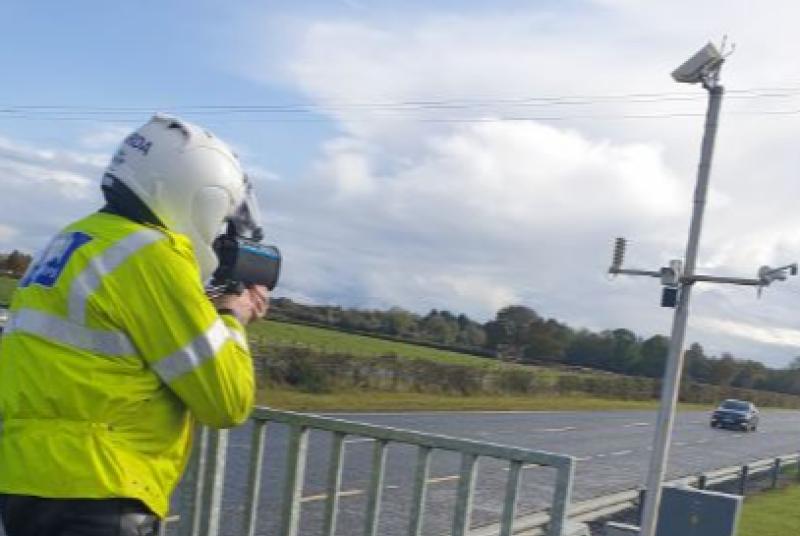 A Garda with a laser speed gun

Over 1100 Louth motorists have six penalty points or more on their licence, according to data released by the Road Safety Authority (RSA).

As of June 2020, there are 9,616 drivers in Louth with points on their licence, and 1,102 of these are halfway to the automatic disqualification limit – having clocked up 6 or more points.

While a Louth specific gender breakdown is not available for 2020, the 2019 figures reveal that 975 penalty point endorsements were issued to women in the county, a figure superseded by the 2,093 endorsements issued to Louth men.

MissQuote.ie, a newly launched insurance broker whose policy holders are primarily young female drivers, analysed the nationwide figures from over a decade (2010 – 2019) and found that women drivers in Ireland have received a total of 669,157 points, while men have been hit with a whopping 1,217,346 – 88% more.

While the top two reasons for penalty points for both genders are the same, speeding and driving while holding a phone, the rest of the top five reasons differ for the two sexes.

Both males and females are getting points for driving without an NCT, with it being the third biggest cause of points to women and fourth for men, with no insurance taking up the fifth spot for males and failing to obey traffic rules the fifth biggest reason for females.

“It’s fair to say that based on both county and national figures, women drivers are more cautious and compliant on our roads” claimed Deirdre McCarthy of MissQuote.ie. “Year on year men continue to ‘outperform’ women when it comes to incurring penalty points.”

“There’s no denying that men and women behave differently on the roads, and this is evidenced by the fact that while the top two reasons for incurring penalty points are the same for both genders, the following three vary. Whether you’re male or female, employing safe driving behaviour on our roads is absolutely crucial”.