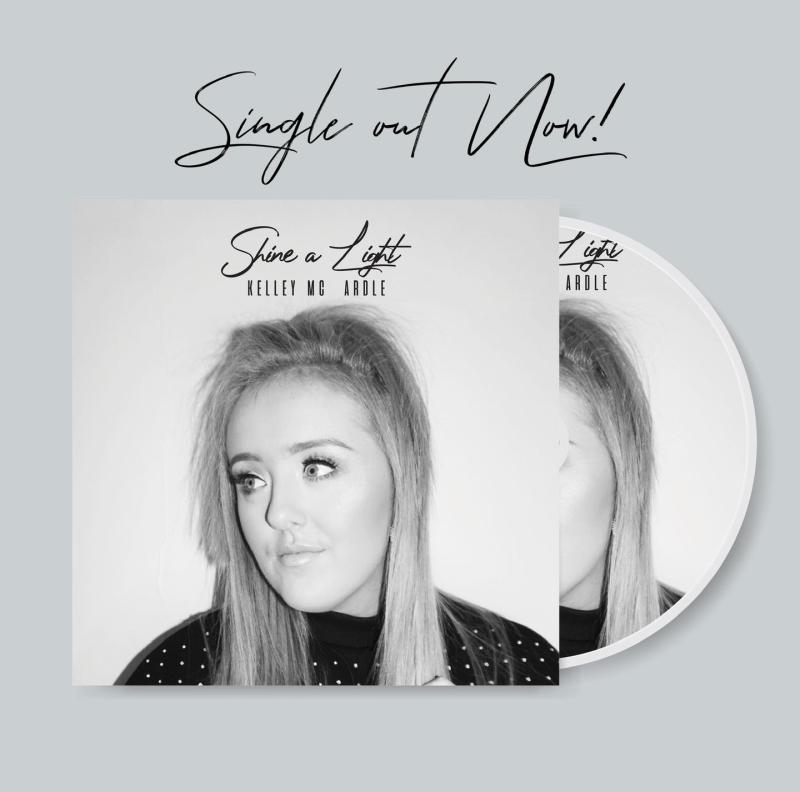 A new single from up-and-coming Louth singer Kelley McArdle will raise funds for the Rape Crisis Centre North East based in Dundalk and the RCC in Dublin.

A former ‘Voice of Ireland’ contestant, with a CPD Diploma in song writing from DIT, Kelley’s music can be best described as pop with an edge, with a variety of influences such as Lady Gaga, Michael Jackson, Queen, Eminem and Ed Sheehan showing in her music.

‘Shine a Light’ is the Drogheda based musician’s first single, with inspiration coming following a dark period of her life when she turned to the centre for support and used the medium of song to let her feelings out and begin the healing process.

“I wrote a lot of new music in 2020, which finally gave me an outlet again” she recalled. “When writing this song, I had a lot on my mind. I just endured the worst year of my life, and this was the moment I was finally able to put all my thoughts and feelings into words.

“Instead of a cluttered unclear head, I finally knew how I felt, and I was able to start healing. My hope is that this song resonates with someone who is struggling right now and shows them that there truly is a light at the end of the tunnel”.

The 25-year-old discovered her love of music when she was only 3 years old and since then she has performed on stages all over the country including televised performances on RTE, TG4 and TV3.

The young musician started song writing at the age of 10, got her first guitar a few years later and was straight out on the Louth music scene by the age of 15. Her passion for performing ensured her a career in music.

Kelley picked the Rape Crisis Centre as the charity she wanted to raise funds for because; in her words “they helped me out of the darkest time in my life, this is my time to give back”.

With captivating lyrics and edgy music, this catchy song is certainly one to paint a picture and is part of an exciting collection of music the singer hopes to share in the future.

‘Shine a light’ is streaming on all major music platforms, while those wishing to donate directly to the cause can do so at https://www.gofundme.com/f/7f376j?utm_campaign=p_cf+share-flow-1&utm_medium=copy_link&utm_source=customer.