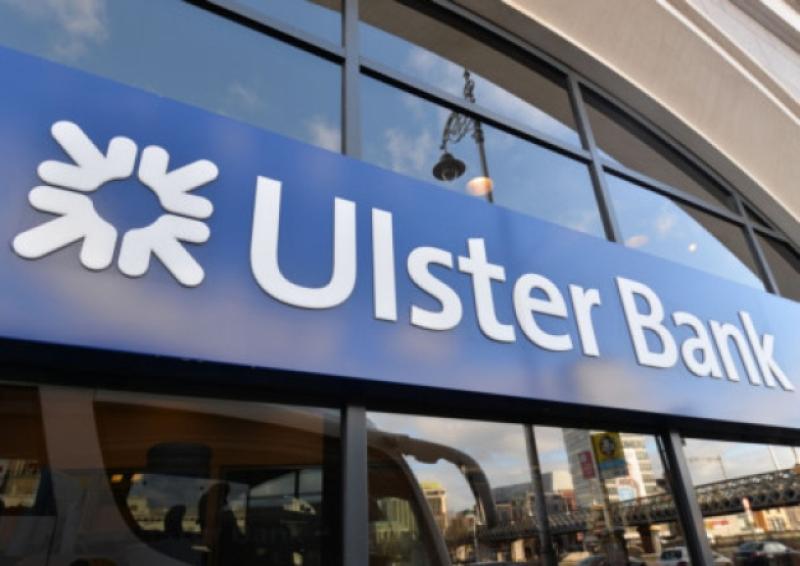 Ulster Bank Ireland DAC has announced it is pulling out of the Irish market following a prolonged period of speculation.

Ulster Bank says it will commence a phased withdrawal "managed in an orderly and considered manner, from the Republic of Ireland over the coming years."

The decision to withdraw from the market does not impact Ulster Bank in Northern Ireland.

“The decision by NatWest to withdraw from this market is hugely disappointing and today will be a difficult and worrying time for our colleagues across the Bank. It may also lead to customer questions and concerns as to how this decision may impact them and their day-to-day banking needs.

“I want to be clear that there will be no change for customers today, changes will happen over the coming years. Ulster Bank will continue to offer a full banking service in our branches, online and through normal channels for existing and new customers for the foreseeable future. Customers do not need to take any action as a consequence of this announcement. We will communicate with customers in a timely manner over the coming weeks and months.

“We will now consult with employee representative bodies to determine how best to plan and manage an orderly withdrawal of the Bank over the coming years. There will be no new compulsory departures from the Bank this year. I am acutely conscious of our responsibilities to our colleagues and I am wholeheartedly committed to managing this process in a fair and responsible manner.

“The phased withdrawal will include the careful and responsible execution of a strategy over time to deliver constructive solutions for our customers and their banking services within the Republic of Ireland.”

As part of this phased withdrawal, a non-binding Memorandum of Understanding (“MoU”) with Allied Irish Banks, p.l.c. has been agreed for the sale of a €4bn portfolio of performing commercial loans, and the transfer of the colleagues wholly or mainly assigned to this loan book.

The potential sale contemplated by the MoU remains subject to due diligence, further negotiation and agreement of final terms and definitive documentation. This process is subject to all of the relevant supervisory engagement and assessment, regulatory and other approvals. The proposed sale may not be concluded on the terms contemplated in the MoU, or at all.

Ulster Bank relationship managers will continue to actively engage with business customers throughout this process.

Natwest is also in early discussions with Permanent TSB Group Holdings p.l.c. among other strategic banking counterparties about their potential interest in buying certain retail and SME assets, liabilities and operations.

These discussions may or may not result in agreement, Ulster Bank has stressed.

"Our preference is to continue to focus our discussions with counterparties who can provide customers with full banking services in the Irish market. Ulster Bank will continue to communicate with customers throughout this process and remains open for business, new and existing through all business channels," a statement read.

“We will engage with customers, colleagues, their representatives and our communities in the coming months to listen to their concerns and to work with them and alongside them and to update on how change will be responsibly managed through the phased withdrawal process.

"Despite the disappointment of this decision, Ulster Bank and NatWest, will work hard to minimise the impact on colleagues and customers and ultimately to provide a successful banking transition for customers. In the meantime, we remain open for business across all of our channels for both existing and new customers.”

The withdrawal of Ulster Bank from the Irish market has been described as a real disappointment by Dundalk Senator, John McGahon.

Senator McGahon said: “After weeks of speculation, today’s announcement is not a surprise, but it is still a real disappointment and upsetting time for the staff and customers of Ulster Bank here in Dundalk.

“Over the coming hours and days, the bank’s 1.1 million customers and 2,800 staff across their 88 branches deserve certainty and support.

“Thankfully there are huge employment opportunities in the financial services sector but that will be of little succour to those employees who face a worrying period at the height of a global pandemic.

"I spoke with the Corporate Affairs Section within Ulster Bank after their announcement and they confirmed that they are committed to managing this withdrawal on a phased basis and in a way which secures the best outcome for staff, customers and communities in order to minimises the impact as much as possible.

Ulster Bank confirmed to Senator McGahon that for the next number of months they will engage with a wide range of stakeholders including customer and staff representatives, suppliers, community and political leaders. There will be no immediate change for customers with full banking services to continue across all channels for existing and new customers.

“While the Government, rightly, plays no role in commercial decisions such as these, the regulatory frameworks and conditions governed by the Central Bank must be assessed. Today is a sad day for their staff and customers and we must bring as much certainty and clarity to the matter as soon as possible," Senator McGahon concluded.

In response to the announcement Louth TD and Labour’s Finance spokesperson Ged Nash said: “This devastating news is a hammer blow for the 2,800 Ulster Bank staff, for their customers and for businesses across Ireland.

“My immediate thoughts and concerns are with the bank’s dedicated staff whose future is uncertain. Any sale or potential merger must respect the right of staff to have their existing terms and conditions transferred with them and compulsory redundancies should be off the table.

“The Minister for Finance has repeatedly said that any decision by NatWest on the future of Ulster Bank is for them to make.

“Now that decision has been made there is an onus on the Minister to take on the responsibility to chart a way forward in the interests of staff, customers and competition.

"What we need to avoid is the piecemeal dismantling of the bank and it's operations by vulture funds and other Irish banks which will damage any effort to create a real third force. It is incumbent on the government and the Minister for Finance to drive such an outcome rather than acting as commentators.

“The bank and its assets are now vulnerable and any fire sale of assets to vulture funds must be categorically ruled out.

“This challenge for the banking sector represents an opportunity if the Minister for Finance is willing to grasp it.

“The State is the majority shareholder in Permanent TSB and has behaved like a sleeping partner and not a majority owner. With some imagination from government the long hoped for third banking force could be formed out of the ashes of this crisis for Irish banking.

“The Labour Party and other stakeholders are prepared to be constructive and engage with government to secure as many jobs as possible and to help reframe the Irish banking sector in a way that will provide choice for consumers and support our economic recovery.

“I am urging the Minister to arrange an urgent meeting with all stakeholders and opposition spokespersons on this basis.”