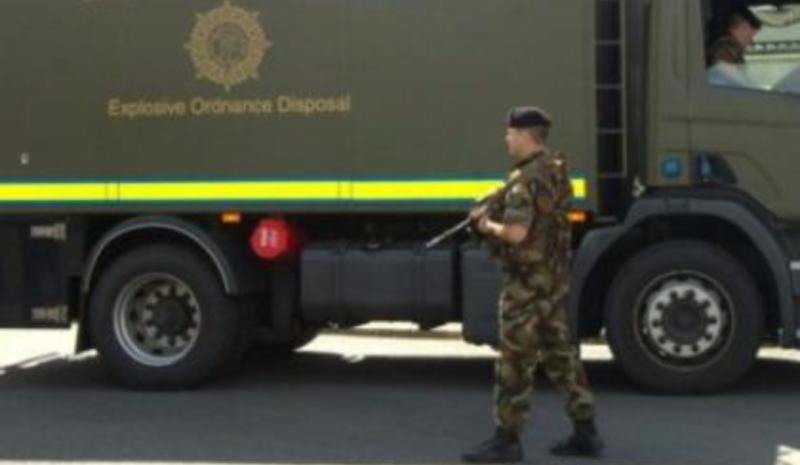 A suspect device was sighted in the area and Gardaí were alerted to the incident.

The Army Explosive Ordnance Disposal (EOD) attended the scene and made safe the device.

It was removed by the Army and taken to Curragh Camp in Kildare for further examination.

The elements of the device will be returned to An Garda Síochána.

It is believed at this time, the device was not viable and investigations are ongoing, gardai have said.