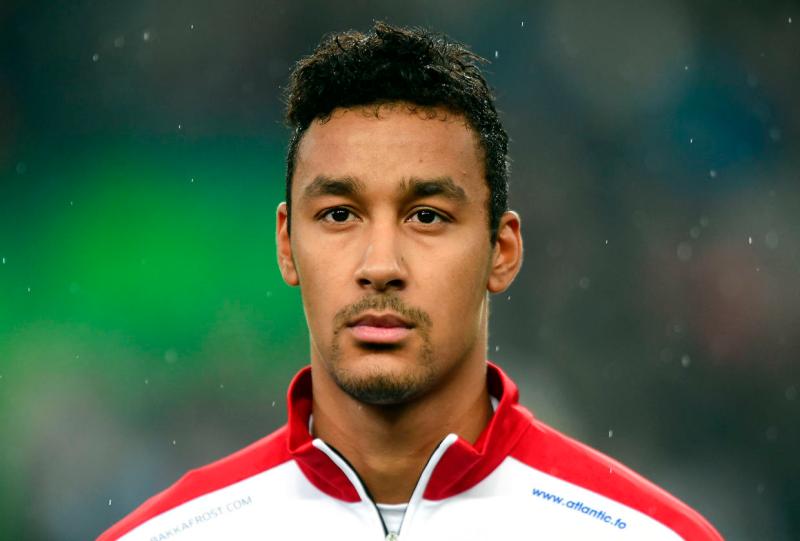 Dundalk FC have confirmed the signature of Faroe Islands international defender Sonni Nattestad, who has joined the Oriel Park club on a one-year contract from B36 Torshavn.

The Democrat revealed on Saturday night that a deal to bring the 6ft 6in defender to Dundalk had finally been completed after more than an entire month of negotiations had taken place.

The 26-year-old Nattestad has earned 31 caps for the Faroes and, much like fellow new signing Raivis Jurkovskis, started in five out of six UEFA Nations League matches in 2020.

Nattestad spent last season with B36 in his native land, but has also played in Denmark, Iceland and Norway, most notably with FC Midtjylland, FH Hafnarfjordur and Molde FK.

“He’s a player I have followed for a long time. He was a big talent when he was young and went to play overseas in Denmark, Iceland and in Norway, where Ole Gunnar Solskjaer signed him for Molde.

“He’s really big, strong and physical. He is six foot six, left-footed, fast and good on the ball, so he is exactly the kind of centre-back we were looking for. I am really happy that he has signed for Dundalk and I’m looking forward to having him in the squad.”

Nattestad is the club’s fourth new arrival of the close season after Jurkovskis, Ole Erik Midtskogen and Alessio Abibi, with South Korean winger Han Eui-Kwon also on the radar.