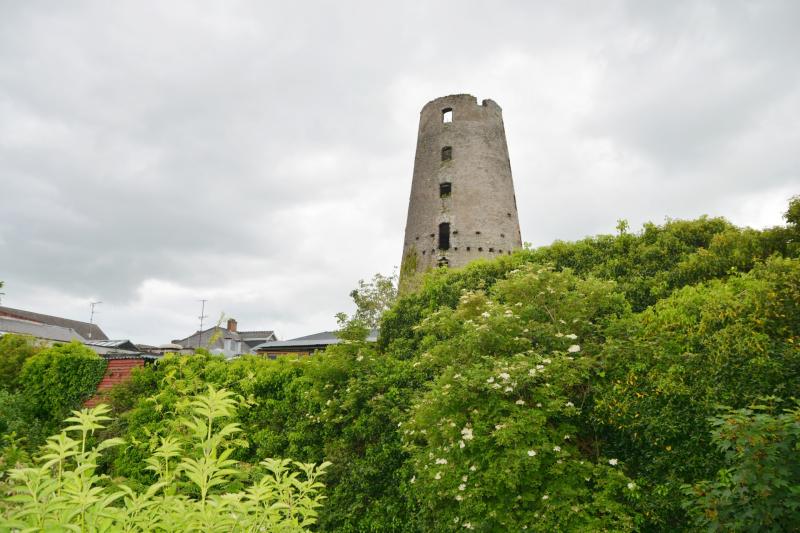 Louth County Council have said they will not be purchasing the historic windmill in Seatown following councillor calls for it to be turned into a tourist landmark as “an important part of Dundalk’s heritage.”

The council said at the Dundalk Municipal District last week that they had several discussions with the owner about buying the building and it “wasn’t going to be a runner”.

It is understood the entire site will be put on the market early next year, which would give direct access to the tower of the original windmill.

Cllr John Reilly called on the county council to buy the historic building saying that if we are serious about promoting tourism in the area projects like this have to be considered.

“The windmill is to go on the market next year. It is a very historical building which was built in 1790 and was run by James Kieran.

“I realise there is a very difficult funding situation at the moment, but if the council acquired the property a long-term plan could be put in place for the future development of the building as a tourist landmark.

Cllr Maeve Yore backed Cllr Reilly’s call for the local authority to purchase the historic building saying “we have to promote tourism in the area”.

She suggested to the county council that they could apply for a heritage grant to fund the project.
However, Director of Services Frank Pentony said: “It is not just purchasing the building it is also the cost of renovating it afterwards.

The windmill was considered for restoration in the early 2000s but it had run into difficulties. There were also objections from some residents to those plans.

The windmill, which stands seven feet high, is understood to be the tallest windmill in the country for a period of time.

Although the windmill officially dates back to around 1790 it is believed it probably dates back to the twelfth or early thirteenth century, making it the oldest still standing in Ireland.