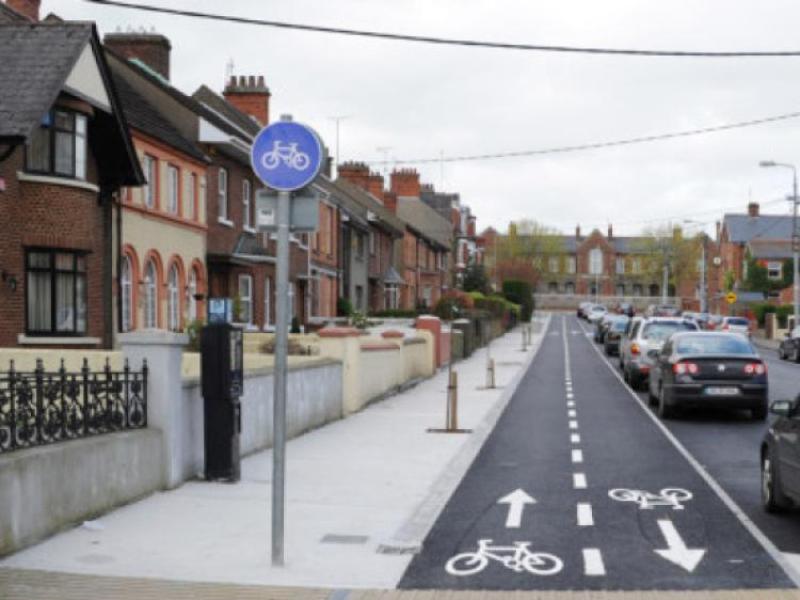 Louth County Council is working with the National Transport Authority planning the development of new cycle lanes and the linking up of those that already exist in the town.

The local authority told the Dundalk Municipal District meeting that they are designing a dual cycle lane for the Dublin Road outside the DkIT and are looking at linking disconnected cycle lanes.

“The council are talking to the NTA about cycle lanes in Dundalk”, the council said at the meeting last Tuesday.

“We are talking about the possibility of designing new cycle lanes and plans to link up existing cycle lanes that are disconnected.

“We are talking to the NTA about a whole raft of things in relation to cycle lanes in the area.

“The NTA are working alongside us and advising us and we are looking at possible funding, designs and constructions, so we will see what comes in the future.”

The council said they are drawing up plans for a dual cycle lane on the DkIT side of the Dublin Road which will be segregated from the road by a raised curb or other visible barrier and are hoping the NTA will help them design it.

They are also looking at connecting the cycle lanes on the Avenue Road and the Dublin Road.

Local councillor Marianne Butler welcomed the news that the council are talking to the NTA about linking existing cycle lanes in the town.

“I love that we are going back to look at where we could improve”, Cllr Butler said.

“Linking up the cycle lanes on the Avenue Road and the Dublin Road would be a great investment.

“It would improve the safety for cyclists and especially cyclists like me who are nervous nellies and don’t want to be on the road with trucks and cars rushing past.

“The Avenue Road and Dublin Road lanes have a high rate of cyclists, with people working in National Pen, PayPal and the hospital and those going to the DkIT so linking them would be great.”

Cllr Edel Corrigan highlighted that some cycle lanes in town are not being used to the capacity that they could be and urged the council to be cautious about putting resources into additional measures without consulting with regular cyclists.

The council said that they are in regular discussion with groups such as Cycling Alliance in Dundalk about what cycle lanes should be around the town.

Cllr Maeve Yore said that with the launch of Operation Revolve – a local high-visibility garda initiative to raise awareness of road safety for cyclists, pedestrians and motorists – that cycle lanes must be kept clear of leaves and debris.

“Cyclists have said that there is broken glass and leaves in the cycle lanes”, Cllr Yore said.

“They need to be kept cleaned and maintained.”

The council said that the cleaning of cycle lanes in the town is part of what the normal sweep contractors do. Operation Revolve was launched as a pilot in Dundalk recently. Gardaí will be enforcing the road traffic laws protected cyclists.