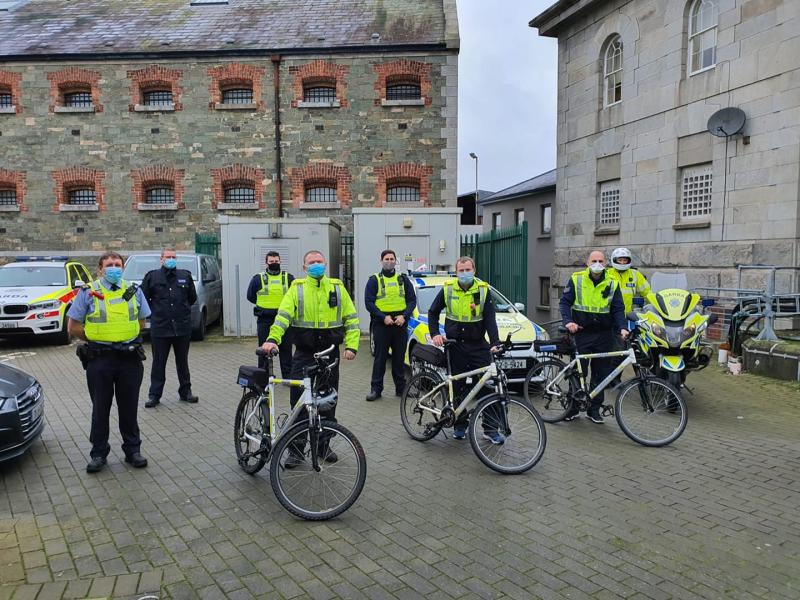 Gardaí in Dundalk have launched a new high-visibility operation aimed at increasing road safety for cyclists and pedestrians after a rise in the number of cyclists in the town.

Operation Revolve was launched as a pilot in Dundalk on Monday, November 30.

Cycling is a common means of transport in Ireland. It’s popular for several reasons: it’s great exercise, it’s cheap and it cuts down on travel time, especially during rush-hour. But cyclists, along with pedestrians, are also a vulnerable category of road user.

Every year there are a large number of collisions involving those groups of road users. In recent years Co. Louth has seen a surge in the numbers of cyclists using the roads, both urban and rural.

County planners have responded with installations of dedicated bicycle lanes in Drogheda and Dundalk. Recent years have also unfortunately shown a corresponding growth in the numbers of road traffic collisions involving cyclists, gardaí explained on Monday.

The current Covid-19 situation has significantly increased the numbers of cyclists on the roads and streets of the Louth Division. In response to the number of road traffic collisions involving cyclists and submissions by local public representatives at recent Joint Policing Committee meetings, this operation has been developed.

Following this pilot in Dundalk, Operation Revolve activity will be expanded to other urban areas of Co. Louth and continue throughout 2021, gardaí confirmed to the Democrat.

Operation Revolve is a high-visibility targeted operation to increase cyclist and pedestrian road safety by way of education and enforcement of the rules of the road for cyclists, pedestrians and vehicular road users. The Operation is being conducted under the overall supervision of Chief Superintendent Christy Mangan, Divisional Officer for Co. Louth and utilises personnel from the Divisional Roads Policing Unit and the Dundalk and Drogheda Districts.

Given the nature of the operation, the use of Gardai on mountain bicycle patrols will be central to the Operation.
All activities in relation to Operation Revolve shall be conducted with due regard to the applicable Public Health Guidelines as a result of Covid-19.

The purpose of this operation is to ensure the safe use of the roads by all road-users, in particular vehicles, cyclists and pedestrians. No one group is to be specifically “targeted” for enforcement activity, a garda spokesperson said.

Gardaí have said the use of relevant policing powers of enforcement in relation to this Operation will be used only as a last resort.