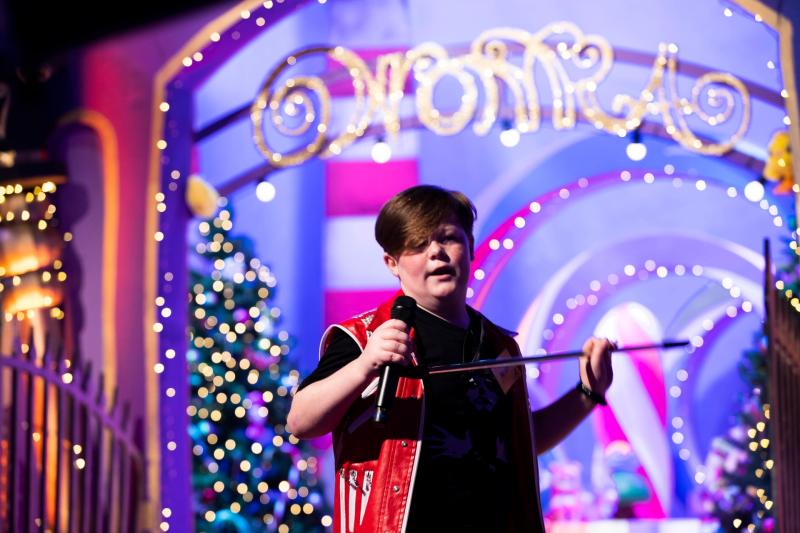 10-year-old Noah Rafferty was one of the stars of last Friday night's RTE Late Late Toy Show. The Louth Village rocker treated a massive TV audience to renditions of a number of his original songs, including Rock Is The Best Medicine.

Noah also chatted to host Ryan Tubridy about his love of U2. The Edge was beamed into the studio via video link and gifted the Louth youngster a signed electric guitar which now has pride of place in Noah's home.

His mother Nicola Whelan spoke to the Democrat after the show and said: "Noah was overjoyed to be accepted as a toy tester on this year's Late Late Toy Show. Every year its the biggest night of the year in our house when we mark the start of the Christmas season, put up our tree and watch the show.

It was Noah's first time sending in an audition tape and to get on was a dream come true for him. He has music running through his veins night and day he is so very passionate about it," his proud mum explained. 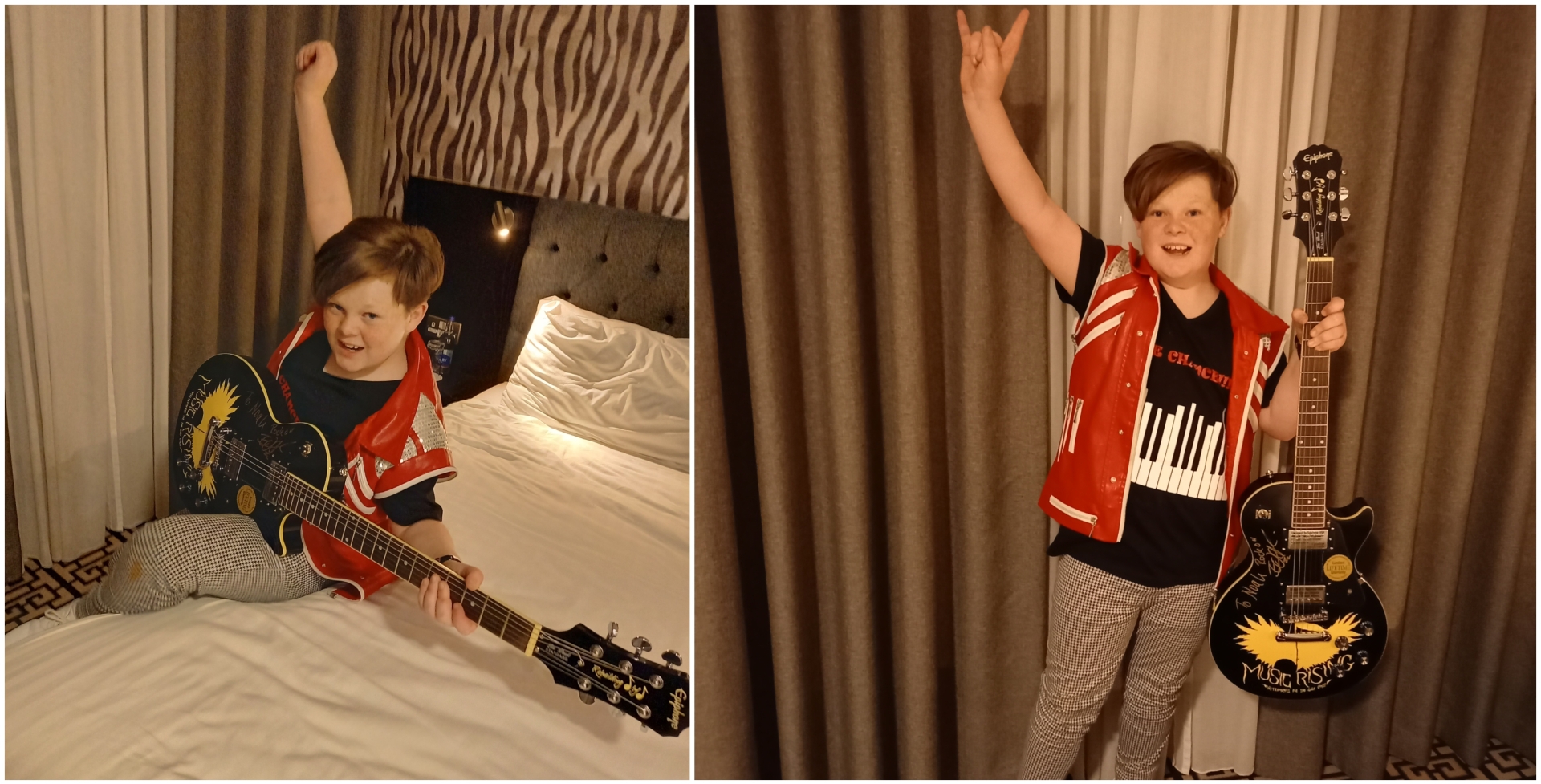 PICTURED: Noah with his signed guitar from The Edge

"He had the time of his life and was blown away by receiving the special message and awesome signed guitar from the Edge. Noah believes music has healing powers and wants to get that message across.

"He loves to write songs play his piano and guitar and put a smile on people's faces. He has never had a piano or guitar lesson and is teaching himself. He absolutely adores Ryan Tubridy, who even off-camera is the coolest funniest and big-hearted presenter on the planet.

"We are blown away by the response to Noah's performance. We have received hundreds of letters, texts and emails and he is so glad to have been able to contribute to making so many people smile on what he describes as the greatest night of his life."

Noah also wants to give a special shout out to his school St Mochtas National School and his teacher Ms Marner who plays a big role in his life spending six hours a day with him and constantly encourages all of her class to do what they love, be it art, music, writing. WATCH BELOW AS HIS SCHOOLMATES WELCOMED HIM BACK LAST MONDAY:

And Noah's parting message for Democrat readers is simple. "Rock on!"