JOE CARROLL: Stephen Kenny ended his first season looking for a mole and a goal 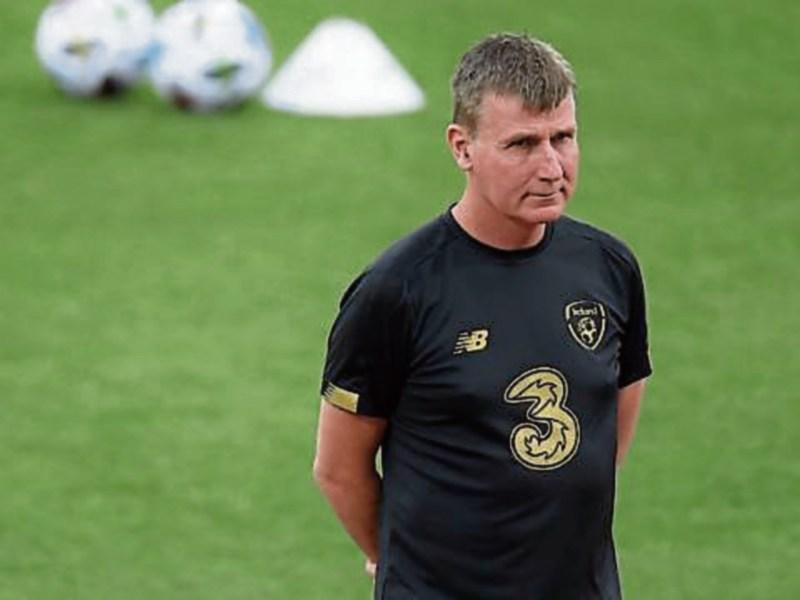 You can take it that when the Republic of Ireland team gather in the dressing room for their next match, there’ll be no interlopers hanging around. And those who are entitled to be there will come in for scrutiny, and might even be asked, “Are you with us or against us.”

Wembley-gate it’s being called, the gathering which took place before Stephen Kenny’s side went out to play England in the recent friendly. In attempt to motivate his side, the manager tried something new. Someone with a leaning towards the opposition – yes, it could have been that – or, who didn’t agree with what Kenny was at, spilled the beans.

Reports are that it was harmless. But whether or not it was, Kenny is entitled to know who he can trust. If the deep throat was a player, one who hasn’t been yet indentified, then the manager is in a bit of bother.

This is another reason for Kenny wanting to see the back end of 2020. Like the rest of us, he wouldn’t have found it easy dealing the restrictions the Beast from the East had – and continues to have – attached to it in ordinary life.

Different from most others, however, the year marked his entry into the realms of senior international management, taking up the running of the Republic of Ireland team. A difficult task, no doubt, but with a devastating force causing greater havoc to his panel than any other on the international scene, his chances of working up a head of steam were greatly diminished.

Regardless of how he felt about having to hand over the reins to Kenny in midstream, as it were, Mick McCarthy must now be thanking his lucky stars as he soaks up the sun – or, at least, plans to do so – in his new club job in Cyprus.

Though he knew that having to give way to Kenny was one of the conditions of him getting the job for the second time, taking over from Martin O’Neill, McCarthy would probably have wanted to remain at the helm at least until Ireland’s challenge for a place in next year’s European Championships had ended.

Seven months on from when he threw off the Bainisteoir bib — and considering all the difficulties his successor has had to endure — Barnsley-born Mick has no reason to curse the plan hatched by, among others —or maybe not — the discredited John Delaney.

A win over Slovakia would have kept Kenny’s side involved in the Euros, but with Matt Doherty and Alan Browne missing from the spot in a penalty shoot-out, the chance of a play-off showdown with this island’s other team was gone. (Slovakia subsequently beat Northern Ireland after extra-time.)

There were no Ireland goals in regulation time that night in Bratislava, and none in any of the matches played since then, most of them in the newly-constructed Nations League.

The season has ended with no wins, a slide down the FIFA pecking order, and a first defeat by the auld enemy in 35 years.

One consolation that can be taken from the Wembley loss is that it was inflicted by a team that has Gareth Southgate as its manager. The one-time Crystal Palace footballer comes across as decent skin, unlike the obnoxious blow-in taking charge of his country’s rugby team.

Next up for Stephen Kenny are the World Cup qualifiers, the draw for which takes place in a few weeks’ time. First matches are down for March.

By then, let’s hope there are crowds back watching sport, people are going about their lives as they were before last March, and Kenny doesn’t have to be looking over his shoulder.