Get There First: A Reporter’s Life follows the trajectory of Paul Murphy’s career covering all the big stories 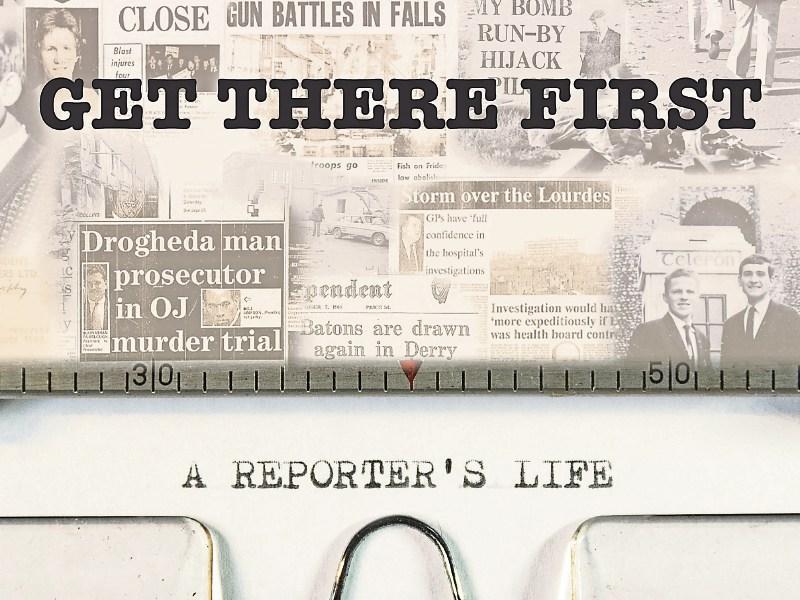 A Louth man who has spent 57 years at the coalface of local and national journalism has put his memories down in a new book which is due for publication later this month.

Paul Murphy started his career under the editorship of George O’Gorman in the Drogheda Independent in 1963 and since then his career has moved from local to national journalism and back again, something he terms the ‘Yo-Yo Effect’. At various stages over half a century he worked as a reporter with the DI, freelanced with the Irish Press Group (now defunct), RTÉ, The Irish Times, the Daily Mirror and the Drogheda Leader. He was on the staff of the Irish Independent/ Evening Herald/Sunday Independent for 19 years as a news reporter (and also Industrial Correspondent), was editor of the Drogheda Independent for 16 years, and now freelances with the Meath Chronicle.

The book — called Get There First: A Reporter’s Life — follows the trajectory of his career from the ‘hot metal’ days of a provincial newspaper, where his beat included the ‘meat and drink’ of the local reporter — writing about births, deaths and marriages and everything in between — before moving to a national paper covering the four counties of Louth, Meath, Cavan and Monaghan. The outbreak of the Troubles in Northern Ireland marked a seminal period in his career, when he witnessed some of the horrors of the conflict and its effect on communities and individuals over a 40 year period. Echoes of that conflict came into stark relief when Mr Murphy reported on the searches for the bodies of some of the Disappeared in bogs in Meath from 2013 onwards.

The book, which is self-published, ranges over the many stories that Paul Murphy covered over the years — his unsuccessful attempt to interview author Brendan Behan; the finding by himself and another man of an abandoned baby in a phone box in Laurence Street (and how he reappeared 48 years later); the Drogheda storm over the 50th anniversary of the 1916 commemoration; the Garda raid on a Good Friday shebeen; agitation over land allocation in Meath to migrant farmers; how Navan became the new Klondyke; the visit of Pope John Paul II to Ireland; President Hillery’s visit to India in the 1970s; a local politician in hot water; the murder of an Irish senator; the Herrema siege, the murder of a Garda; slaughter in Talbot Street, and how a Bonanza came to Drogheda.

He looks at the industrial troubles of the 1970s; the Miami Showband murders; the Dundalk bombing and the Garda station attack; how he ended up on the sharp end of a gun on two occasions; the birth of quads in Dunleer; the scandals among high-ranking people engaged in sex crimes; reports of gunfire at a GAA match in Navan, and how he ended up being an intermediary in a siege on a CIE bus.

Get there first: A Reporter’s Life (printed by Anglo Printers, Drogheda) will be available later this month.