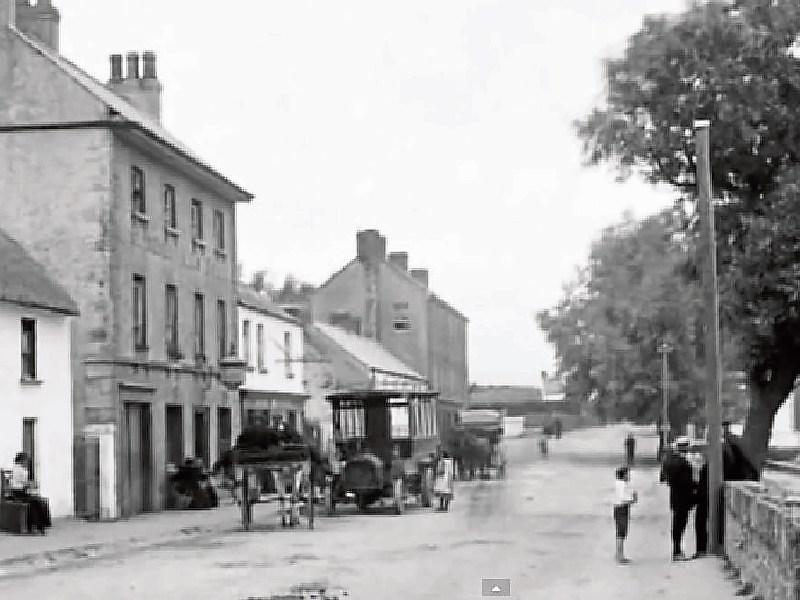 My answers in Question Time a couple of weeks ago about the names of old hotels that existed in the Dundalk of the twentieth century had brought home to me that there are now very few hotels in Dundalk of the present day. In fact, there is just one hotel in Dundalk of the present day — The Imperial in Park Street, whose history goes back a very long way. There is mention of The Imperial in Bassett’s Guide to Louth, published in 1886, when it seems to have been owned by a Felix P. Campbell who sold it to a man named Connolly, from Clanbrassil Street, in about 1900.

When I started with the Dundalk Democrat, in the early 1950s, there must have been, at least, half a dozen establishments using the description ‘hotel’ in Dundalk and surrounding districts; and several more if you consider the seaside resorts of Blackrock and the Cooley Peninsula. The decline in the hotel trade in the area has been greatly affected by the present Covid-19 pandemic but it all started long before with the demise of ballroom dancing.

There may have been other reasons, of course, and much of it also must be due to the changes in peoples ‘eating out’ habits and the ending of much commercial travelling, due to online ordering!

All this has got me wondering what people believed was a ‘hotel’ in the period of over 100 years ago! The dictionaries and other modern sources of information tell us that the term derives from the French word for a hostel or place where fee-paying travellers could get short term accommodation and, usually, a meal as well. The French word, like so many we use in English, ultimately comes from the Latin ‘hospes’, meaning guest.

That definition, however, does not seem to cover the hotels of Dundalk in that by-gone era! I was surprised to read that the legal meaning of an hotel in Ireland dates back to a Licensing Act of the Westminster Parliament passed in July 1902. In that Act, the definition of an hotel seems to boil down to a stipulation that an hotel must have at least 10 separate beds available to travellers and, perhaps crucially, that it did not serve intoxicating liquor at a public bar. That Act was repealed in 1923, after the foundation of the Irish State, but was replaced by similar Acts, separately in Ireland and the United Kingdom.

That had little or nothing to do with the crowded dance halls of the dance band era, but I notice that the idea of young people getting irresponsibly ‘steamed-up’ has spread over to the Twitter language arguments of the present day!

I have no wish to make any judgement on people drinking too much, either in public or in private, but think that it is something that must be taken into consideration for the good of society in the Republic and believe that the present ‘lockdown’ has highlighted this problem!

To get back, however, to the idea of what hotels in Dundalk must have been like in the nineteenth century. I don’t think they could have been used much by travellers staying overnight or even longer and many of them would have been just ‘eating houses’. I remember what Peadar Roe, who was born in 1879, once told of his recollections of childhood, growing up when his father was editor of the Dundalk Democrat and lived with his family at 3 Earl Street. He said that he could recall vividly sneaking out of his home to go a couple doors down towards Frances Street and looking into a long room in ‘Bullock’s Hotel’ to watch dozens of people sitting, on benches, at long wooden tables drinking soup and eating nothing else.

He could not recall if they were drinking anything else but, if they were, it was tea or milk as this was a temperance hotel! He said that the establishment would be most crowded on Mondays, which was then Market Day in Dundalk. Oddly, the only place I ever saw people eating at long tables, not in the same party, was in a Japanese restaurant in Dublin; which I think is still serving meals; that is if the present ‘lockdown’ has not closed it.

Of course, hotels in Dundalk of the nineteenth century must have been used for other things than eating; but I do not think there could have many sleeping in them at night?

On the other hand, I knew people from the early part of the last century who spent much of their lives in small hotels. Frank Necy, who was editor of the Democrat and was a bachelor, slept for much of his life in a small bedroom at the Eimear Hotel in Clanbrassil Street and, I think, got his meals there. My own aunt, who was euphemistically known as a ‘Higher Civil Servant’ lived in a small hotel not far from where she worked in Dublin Castle. She was a very kind woman but I recall thinking, as a child when visiting her, that she must have had a very lonely life, looking out the window of her small bedroom, where she died, at the backs of the houses fronting surrounding streets.

Many of the hotels of Dundalk of the late nineteenth century were also used for social gatherings and it was in their ‘Reading Rooms’ that newspapers were read by people like teachers who could read, to those who couldn’t do so.

I often think that it must have been in places like this that ‘rebellion’ in Ireland was fomented against the ruling classes.

Hotels were also places of entertainment where recitals of music, song and poetry were performed, like at the famous ‘Sibthorps’ in Earl Street, where traditional harpists performed. But probably not dancing; that was to come much later in the ‘Ballrooms of Romance’. They were also used for educational lectures and, even in my own youth, Dundalk hotels were places where topical, and sometimes heated, debates were held!